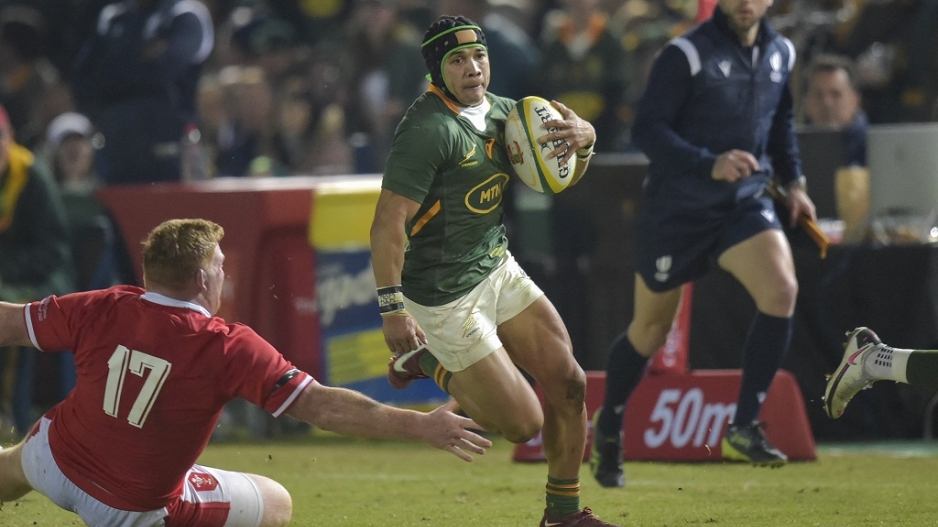 JOHANNESBURG - Damian Willemse kicked an added-time penalty goal to give Rugby World Cup winners South Africa a dramatic 32-29 victory over Wales in a first Test thriller in Pretoria on Saturday.

The hotly fancied Springboks, who trailed by 15 points after a woeful first half performance, took full advantage of Welsh ill discipline to snatch victory.

Wales, nine places below top-ranked South Africa, were reduced to 12 men at one point in the closing stages due to yellow cards and finished with 13 men.