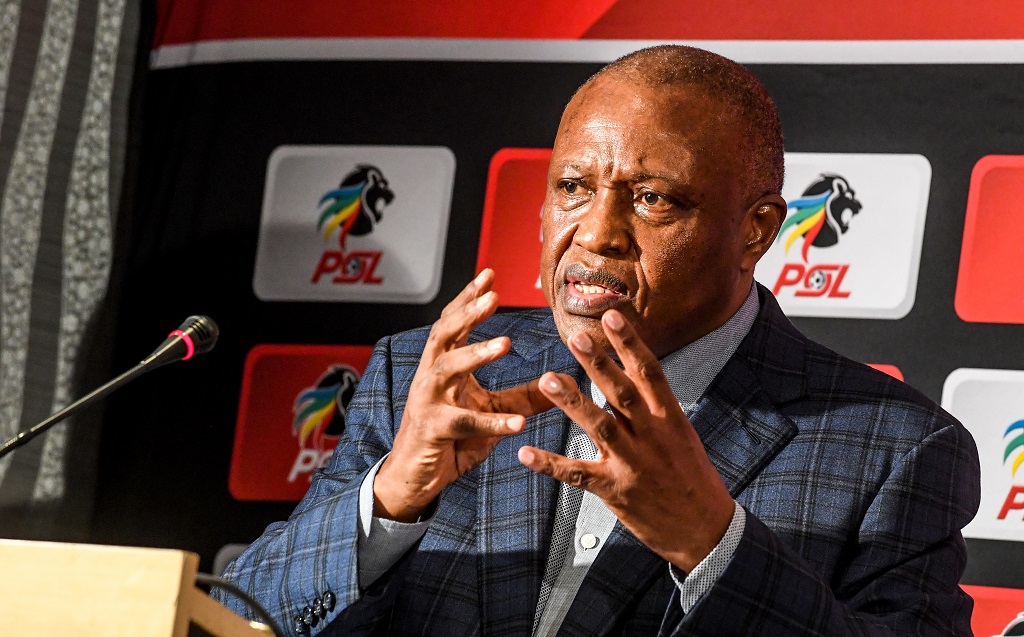 JOHANNESBURG - South African officials are expected to reveal Monday when the Absa Premiership -- the richest league in Africa -- will restart after being halted in March by the coronavirus pandemic.

There has been media speculation that the 2019/2020 season could resume next weekend with the Nedbank (FA) Cup semi-finals, followed by multiple league fixtures.

Assuming the South African season resumes soon, it will be the first major football country to do so in Africa since the COVID-19 disease-induced shutdown.

Tunisia have announced that the Ligue Professionnelle 1 will restart on August 2, five days before the Egyptian Premier League resumes.

Nigeria opted not to continue and an average-points-per-game system was used to determine placings while Ghana cancelled a season that had reached the halfway stage.

Apart from announcing a resumption of play, top league official Irvin Khoza is expected to reveal which of the nine South African provinces will host the 54 outstanding league games.

Gauteng, which includes Johannesburg and Pretoria, is considered one of the main contenders despite a dramatic upsurge in coronavirus, that has claimed 3,720 lives nationally by Friday.

KwaZulu-Natal, a coastal province that includes popular tourist resort Durban, is also in the running, as is the North West region, with mining town Rustenburg its hub.

League officials want all 16 Premiership clubs to be based in one province and play all the matches there behind closed doors.

Given the number of match venues available, Gauteng and KwaZulu-Natal would appear to be the favourites, but the relative remoteness of North West might be seen as an advantage.

South African football stars enjoy celebrity status and the last thing officials want is for them to be in crowded areas and compromising social distancing.

Both the title and relegation battles are at an intriguing stage in the league, whetting the appetites of football followers desperate for the season to restart.

Kaizer Chiefs, seeking a trophy after a club record four and a half seasons without one, hold a four-point lead at the top over defending champions Mamelodi Sundowns.

However, a Sundowns team hoping to be crowned champions a third consecutive time, have played one match less and must face Chiefs.

SuperSport United, Orlando Pirates, Maritzburg United and Bidvest Wits lie third to sixth and while they are not out of the running, it would be a shock if any of them snatched the title.

So the stage is set for a fierce struggle between seven clubs divided by seven points to avoid the dreaded drop.

Black Leopards from the northern Limpopo province are last with 20 points, three less than AmaZulu, Polokwane City and Baroka.

Chippa United, Stellenbosch and Cape Town City are also not safe and a run of defeats could see them plunge into the danger zone.

The second-last Premiership side goes into a double round mini-league with the teams finishing second and third in the second division for one 2020/2021 Premiership place.