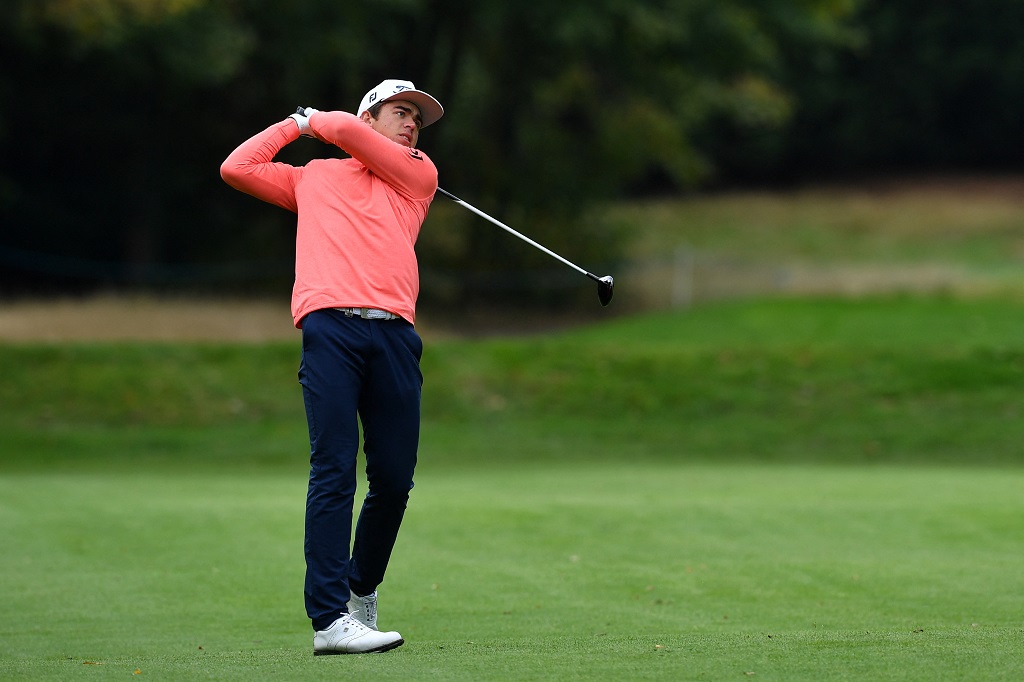 Higgo chased down Hadley on the back nine shooting a three-under 68 for the round to finish at 11-under overall.

Hadley blew a two-shot lead with bogeys on his final three holes, finishing with a 75 at the South Carolina golf course.

The 22-year-old Higgo, of Johannesburg, earned $1.31-million in prize money and an exemption on the Tour until 2023.

He is the second South Africa to win this season, joining Pretoria's Branden Grace.

"I worked so hard with my coach on my short game and my putting and I guess all this has paid off," Higgo said. "I am just happy I don't have to play a playoff right now.

"I am very lucky my mom was here. Hopefully my family can come over."

Hadley appeared to be headed to victory by reaching 13 under on the tee box at 16. But his next shot landed in a waste area and could not get up and down. He also missed the greens at the 17th and 18th to hand the win to Higgo.

"It looked freaking awful from my view," Hadley said. "I mean, I could barely keep it on the planet."

The tournament at Congaree filled in for the Canadian Open, which was cancelled for a second straight year because of the global pandemic.