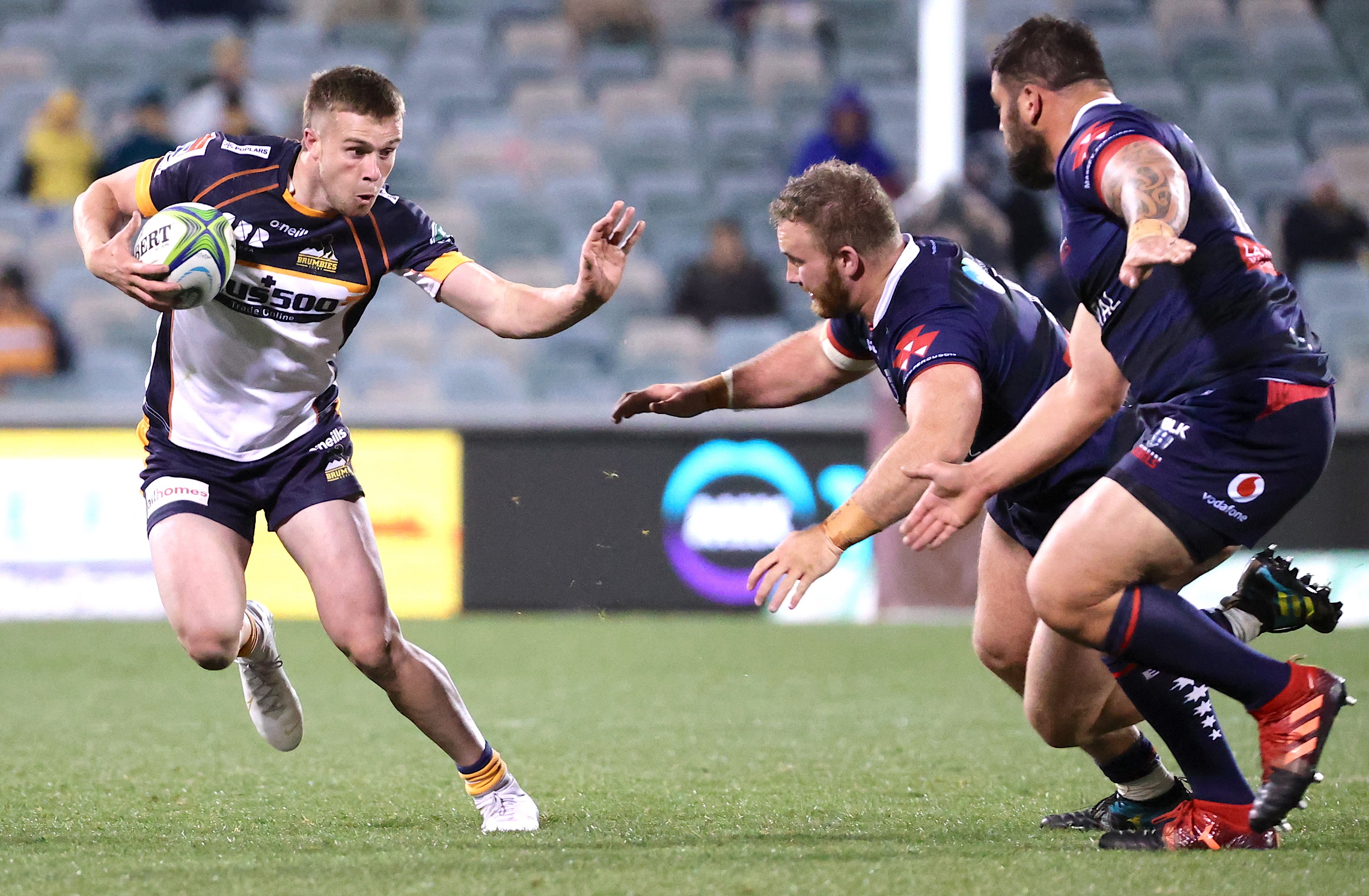 Mack Hansen (L) of the Brumbies runs with the ball during the Super Rugby match between the ACT Brumbies and Melbourne Rebels in Canberra.

WELLINGTON - Southern hemisphere rugby remains optimistic they will be able to play the Rugby Championship later this year and that a full Super Rugby competition will be run next year.

SANZAAR boss Andy Marinos said he was confident the Rugby Championship could be played in the final three months of the year.

"We remain very positive about that," Marinos told New Zealand's Stuff Media on Tuesday. "Obviously the biggest elephant ... in the room is what sort of restrictions that could come in.

"But we are certainly very positive as a group to deliver a Rugby Championship this year in whichever market we can, where we can get all the teams in and get the competition underway.

"At this stage we are looking at the back-end of October, into November and probably early December."

Marinos added that a "bubble" arrangement, where the teams would be based in one country after they met quarantine requirements, was a possibility although nothing had been decided yet.

Super Rugby involving 15 teams from South Africa, Australia, New Zealand, Argentina and Japan has been postponed since mid-March due to novel coronavirus restrictions.

Both New Zealand and Australia have since launched competitions involving their domestic teams.