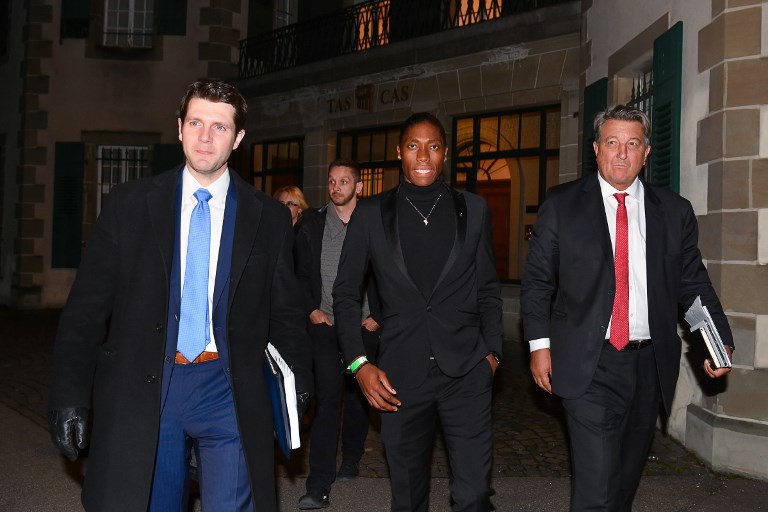 South Africa's 800 meters Olympic champion Caster Semenya (C) and her lawyer Gregory Nott (R) leave after a landmark hearing at the Court of Arbitration for Sport (CAS), in Lausanne, on February 18, 2019.

LAUSANNE, Switzerland - The Court of Arbitration for Sport said Thursday that it was delaying until next month its ruling on a challenge filed by South African double Olympic champion Caster Semenya against the IAAF.

A decision in the controversial case had been due next week, but the world's top sport court said it would not issue a verdict "until the end of April" because both sides had filed additional material since the hearing in February.

Semenya is challenging proposals by the International Association of Athletics Federations that aim to restrict female athletes' testosterone levels.

The IAAF is seeking to force so-called "hyperandrogenic" athletes or those with "differences of sexual development" (DSD) to seek treatment to lower their testosterone levels below a prescribed amount if they wish to continue competing as women.

The athletics governing body has argued the moves are necessary to create a "level playing field" for other female athletes.

A wide coalition has rallied behind Semenya's cause, including the government in her native South Africa and rights activists worldwide.

Some scientific experts have argued that barring Semenya from competition due to naturally high testosterone levels would be like excluding basketball players because they are too tall.