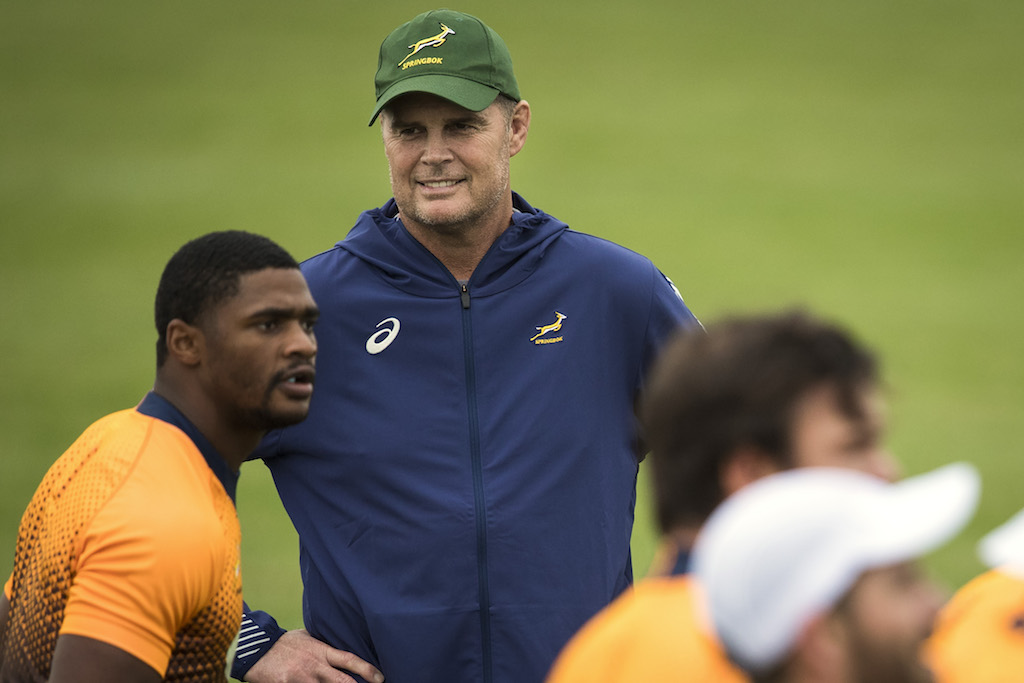 TOKYO - South Africa will have to shelve their affection for Japan and Japanese fans to spoil the hosts' party in the Rugby World Cup quarter-finals, according to Springbok coach Rassie Erasmus.

The Springboks have been firm crowd favourites at the World Cup, with many Japanese fans donning replica jerseys to cheer on the South Africans -- when they are not playing Japan, that is.

But now, as South Africa stand in the way of Japan and what would be a truly remarkable semi-final on home turf, Erasmus said the Springboks will have to overcome their emotions to prevail.

"It's really tough not to like Japanese people," said the charismatic coach with a smile.

"The way they've accepted all teams -- not just South African teams -- in terms of adopting you, wherever we've stayed, putting on South African jerseys and making you feel at home is something special which I've never experienced in my life before," he said.

Erasmus also paid tribute to the "strength" shown by the hosts to stage their final pool match against Scotland -- and win -- just 24 hours after a powerful typhoon that wrecked infrastructure and killed scores of people.

But he pointed out that the Springboks also have their own reasons to put in a passionate performance in Sunday's quarter-finals.

"We are a very proud nation and we are a country with a lot of challenges and we want to represent our country with pride. We are playing also for a lot of things," said the coach.

Scrum-half Faf de Klerk said the team was looking forward to what he expected to be an "amazing" atmosphere at the Tokyo Stadium on Sunday but stressed that the Springboks would put that out of their minds on the pitch.

"Obviously we have got a lot of respect for Japanese people but I think once you step on that field, it's every team for itself," said de Klerk.

"It's just rugby and it's going to be physical," said the scrum-half.

Erasmus said he was preparing his team for a "passionate" reception on Sunday but did not expect fans to be hostile -- which he respected.

"I have complimented them a lot this week for no other reason but to be sincere," said Erasmus.

"While saying that, we're playing for our country and we want to try to win the World Cup. For the next week, unfortunately, Japan is the enemy for one week.

"We love the country, we love the people but we have to try to beat them."