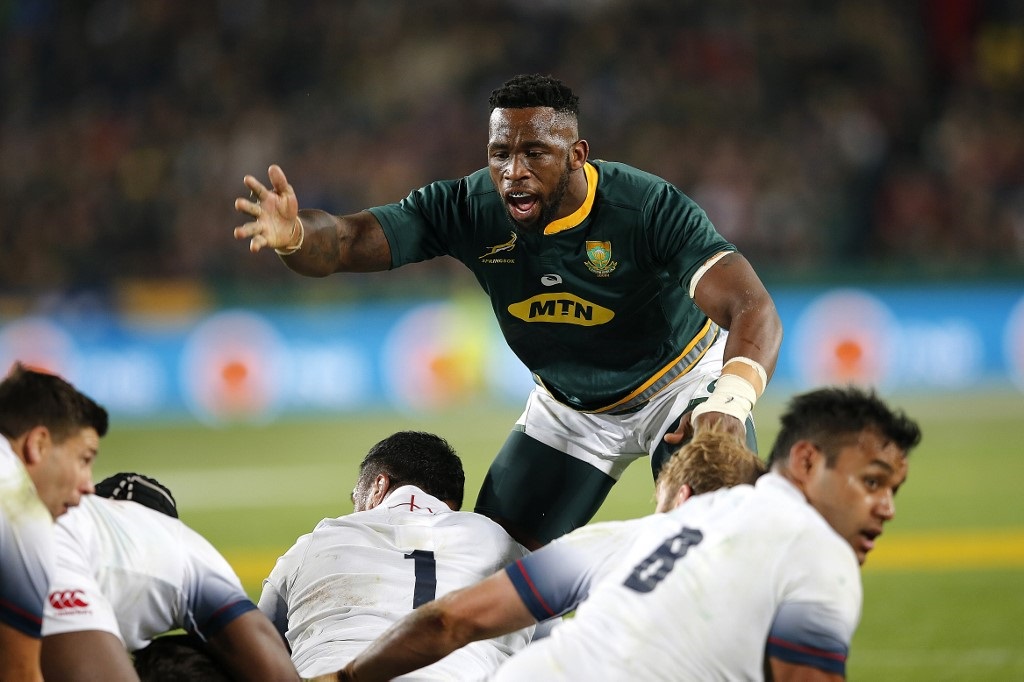 South Africa's flanker and captain Siya Kolisi defends a ruck during the first rugby union test match between South Africa and England at Emirates Airline Park in Johannesburg, on June 9, 2018.

JOHANNESBURG - South Africa skipper Siya Kolisi will on Friday play his first match since being injured in May as he intensifies a bid to be fit for the World Cup in Japan.

The 28-year-old flanker has been selected by Western Province for a Currie Cup game against the Pumas in Cape Town.

If Kolisi comes through unscathed, Springboks coach Rassie Erasmus could consider him for a one-off Test against Argentina in Pretoria on August 17.

Kolisi injured a knee playing for the Western Stormers -- a sister side of Western Province -- in the latter stages of the Super Rugby regular season.

Last year, he became the first black Test captain of a national team reserved for whites during most of the apartheid era.

He, fellow flanker Pieter-Steph du Toit and number eight Duane Vermeulen are expected to be the first choice back row at the World Cup.

The Springboks are in Pool B with New Zealand, Italy, Canada and Namibia and the section winners and runners-up qualify for the quarter-finals.