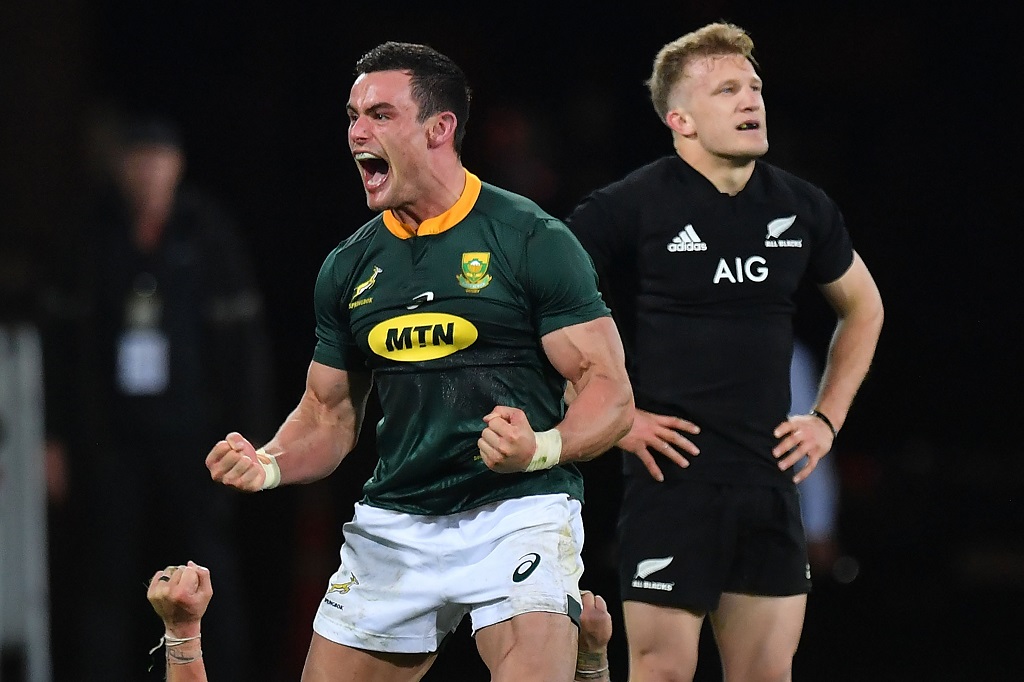 JOHANNESBURG - The participation of world champions South Africa in the 2020 Rugby Championship hangs in the balance after a statement released Saturday said a decision would be made next week.

A coronavirus-induced ban on international sport by the South African government was lifted recently and the national football team hosted Namibia this week.

But South African Rugby officials are seeking further clarification from the sports ministry as to how the regulations governing participation would affect the Springboks.

The statement said a decision will be made "early next week" on whether South Africa will defend a title won last year in a single-round tournament due to the World Cup.

Competitive rugby resumed in South Africa only this Friday after a six-month suspension triggered by Covid-19 and there is concern about the readiness of players for Test rugby.

Springboks coach Jacques Nienaber has said he would not favour competing unless the chosen players had been involved in a minimum of six matches.

Given the much later return to rugby than New Zealand and Australia as South Africa was more affected by the pandemic, that target cannot be met.

Officials also have to consider the financial impact of not competing against hosts Australia, New Zealand and Argentina in the October 31-December 5 tournament.

SA Rugby slashed R1.2-billion off their 2020 budget due to the coronavirus and reportedly could pocket 300 million rand by playing in Australia.

If the Springboks opt to participate, they will begin their title defence against Argentina in Brisbane on November 7.

The Rugby Championship was created in 2012 when Argentina joined a competition previously called the Tri-Nations.

It is normally staged between August and October with each country playing the other three at home and away.