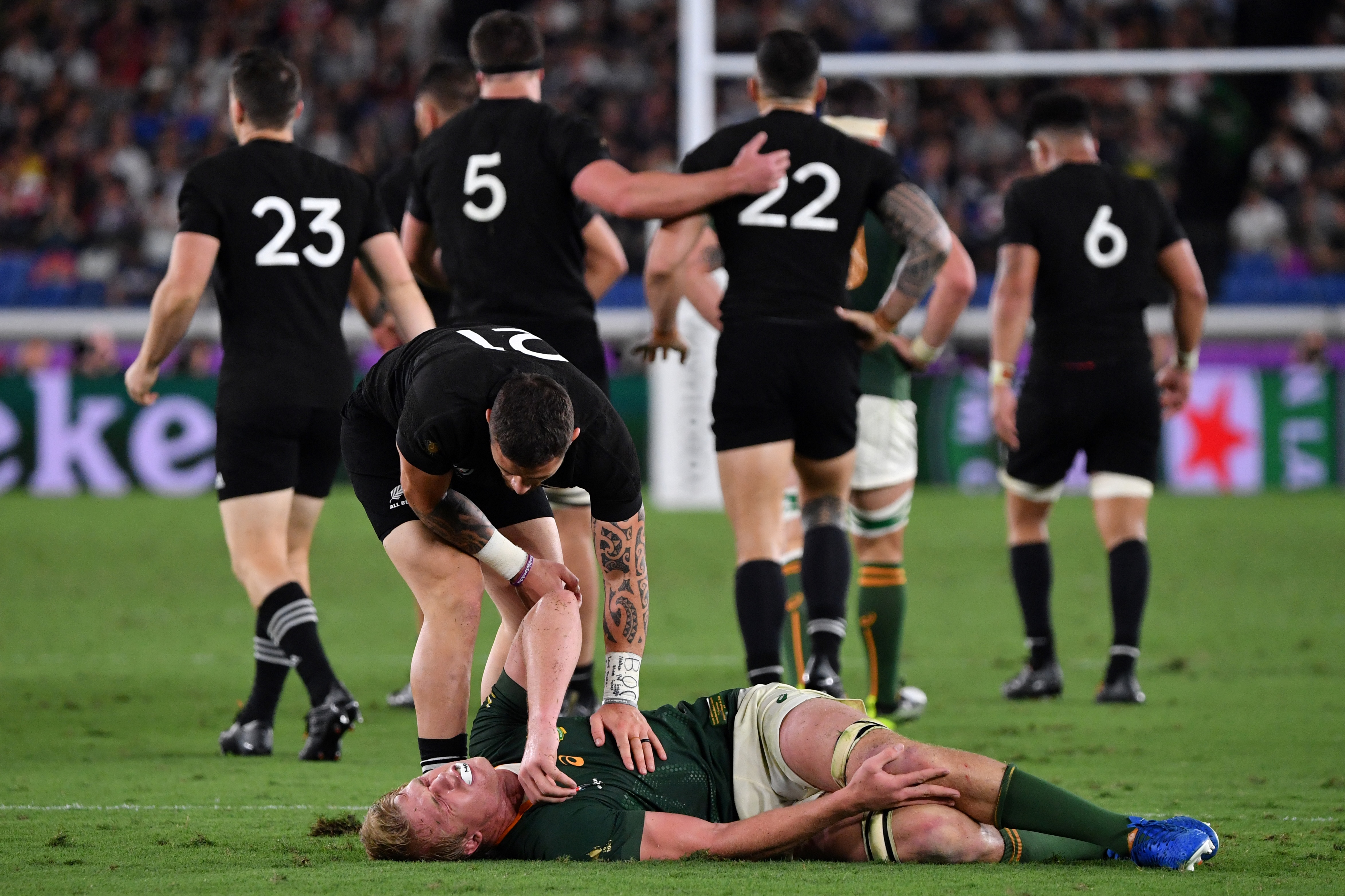 JAPAN - South Africa coach Rassie Erasmus vowed to scrap all the way to the Rugby World Cup final after going down to a nail-biting 23-13 loss to New Zealand in their tough Pool B opener.

There was always going to be one big casualty in the headline match of pool play in Japan and it was the disciplined defending champions who deservedly came away with the win, outscoring the Boks two tries to one.

"They won it, I don't think we lost it. Two tries to one, they deserved to win the game," Erasmus said, left ruing a penalty count of nine to four.

"It's unbelievably well disciplined by them. That battle we lost.

"Discipline was our biggest downfall. I don't think we can really moan about anything, but just say well done to them."

Erasmus was in ebullient form, however, when asked whether his team could battle back in search of a third World Cup title after previously winning in 1995 and 2007.

"I think we can fight back," he said. "If you're grouped with New Zealand in a pool, you've got a good chance of not going undefeated through your pool.

"Then you have to fight back and get to the final for the first time not being unbeaten, so we have to go that route."

Erasmus, who has been credited with turning South African fortunes around after a few disastrous years, and appointed their first black captain in flanker Siya Kolisi, backed the All Blacks as favourites for a third succesive World Cup title.

"For me New Zealand are definitely the favourites for the World Cup, they've always been and I've never had a doubt about that," said the former director of rugby at Irish province Munster.

"We're creeping a little bit closer in challenging them, but they will have different tactical challenges from northern hemisphere teams," he said, naming England, Ireland and Wales as teams that would push New Zealand in ways the Boks had not.

Erasmus added: "We have to give all credit to New Zealand, when we had territorial and scoreboard pressure, they showed experience, they're a world-class team.

"It's a combination of them putting pressure on us and us not handling the pressure well. They were just good on their day.

"They didn't ruffle our defence, but they scored from our mistakes. They know how to ramp up the pressure as soon as they get on the scoreboard."

Turning to South Africa's coming weeks in Japan, Erasmus said they were not counting any chickens.

"Before we start mentioning quarter-finals, we have an important game against Italy along the way. I know we have Canada and Namibia, but in the last two years we've had slippery games against Italy," he said.