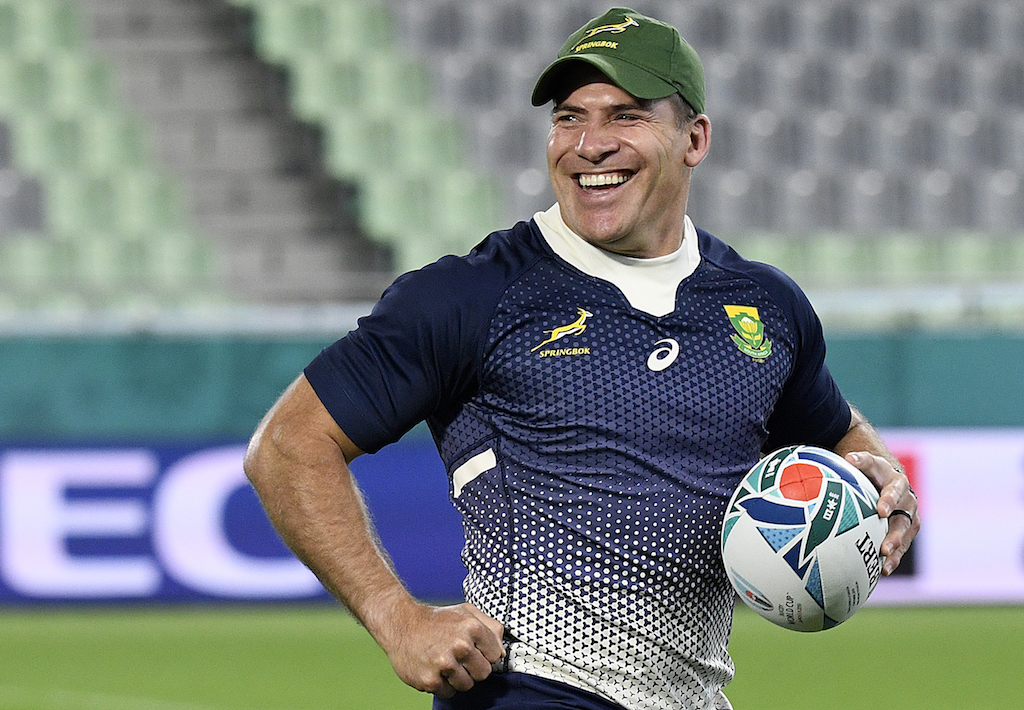 File: South Africa's hooker Schalk Brits takes part in a captain's run training session at the Kobe Misaki Stadium in Kobe on October 7, 2019, on the eve of their Japan 2019 Rugby World Cup Pool B match against Canada.

JOHANNESBURG - Rugby World Cup-winning Springboks forward Schalk Brits, 38, retired on Wednesday for the second time, and insisted there would not be another comeback.

"Leaving (World Cup host nation) Japan with a gold medal was the perfect ending," stressed the ever-smiling Brits who quit in 2018 only to be lured back by coach Rassie Erasmus.

"I was on holiday with my family in Spain when I got a text message from Rassie, but at first I thought it was (Springbok prop) Vincent Koch playing a joke," recalled Brits.

"When I realised it was really Rassie, I decided to give it one last shot and played for the Bulls and Springboks."

The third-choice hooker at the World Cup behind Bongi Mbonambi and Malcolm Marx, he started in the huge pool victories over Namibia and Canada, scoring a try in each match.

"Schalk was an invaluable member of our squad and someone who lifted the spirit among the players," said Erasmus.

"He set an example with his professionalism and superb workrate throughout the last two seasons."

Brits made 15 Test appearances since debuting against Italy in 2008 and was part of the Springbok team that finished third at the 2015 World Cup in England.

He played for the Western Stormers, Golden Lions and Bulls - three of the four major South African rugby clubs - and spent nine seasons with the London-based Saracens from 2009.

Akker van der Merwe of the Sale Sharks and Joseph Dweba of the Cheetahs are among those who will hoping to replace Brits in the Springbok squad next year.

Media reports have hinted that forward Duane Vermeulen, 33, and utility back Francois Steyn, 32, will follow suit.