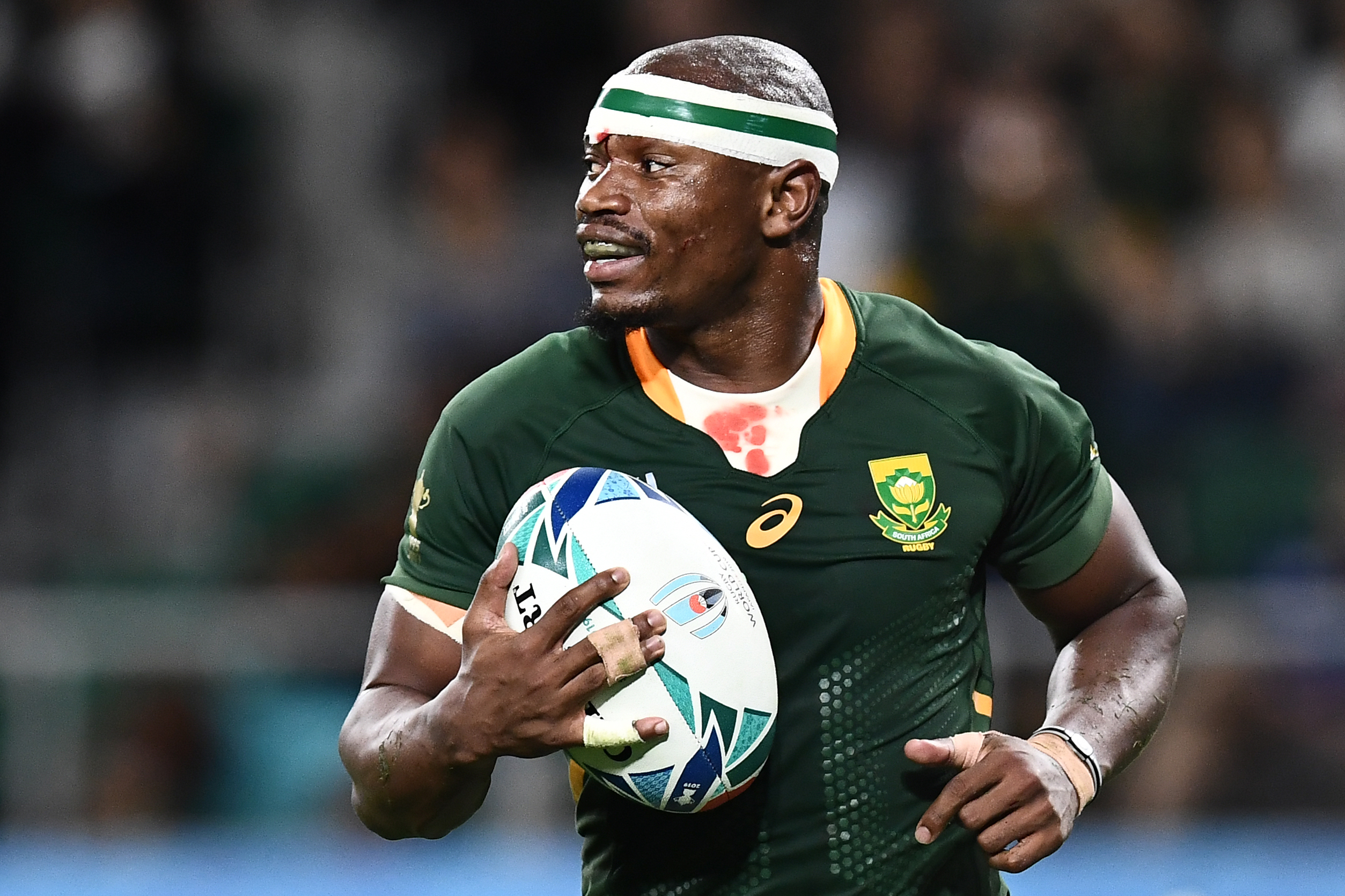 The Sharks flyer only made his Test debut last year, against Wales in the unusual setting of Washington DC, but he has now scored more tries than he has played internationals, with 13 in 12 Tests, including five at the World Cup.

With star wing Cheslin Kolbe out injured, Mapimpi is spearheading the attacking threat of the Springboks in Yokohama but his path to Japan is far removed from that of many of his team-mates who attended elite rugby-playing schools.

"He comes from a rural area in the Eastern Cape - a place called Tsholomnqa. As a youngster, he would spend 10 kilometres (six miles) a day walking to school," said Stick.

Stick said coaches in rural areas where Mapimpi played his early rugby would expel you from the pitch for kicking the ball away so he was rarely exposed to an aerial game.

The coach said he still has "room for improvement" but has developed as a player.

"It's a nice story to tell to youngsters that irrespective of your background, if you really work hard, and your opportunity comes, you need to be ready."

Whatever happens this weekend, a South Africa defeat may not be something Mapimpi describes as a "tragedy" given the 29-year-old has already lost his mother, sister and brother.

His mother Eunice, who ran a sewing business, died in a car accident while Mapimpi's sister, Zukiswa, was a nurse who succumbed to a brain illness.

Zolani, his brother, lost a leg after being electrocuted while stealing electricity cables. He died after failing to recover from his injuries.

In an interview with South African website New Frame published last week, Mapimpi said he would not be Japan if his mother and sister were alive.

"Both were opposed to me playing rugby because they felt I wouldn't gain anything from it, so they would have insisted that I get an education or a job."

He added: "Obviously, I'm not saying it's a good thing they're not here. But their absence has toughened me up to be here and left me feeling like my presence here is God's plan."