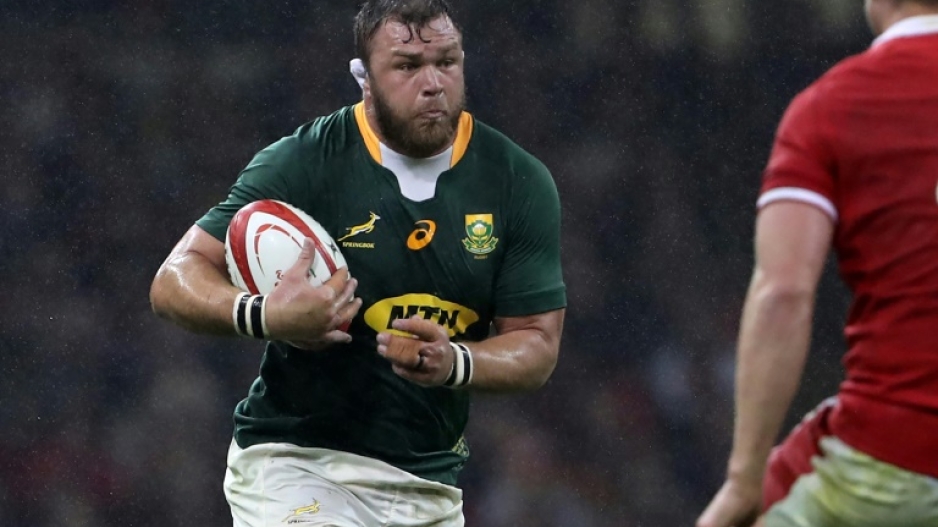 JOHANNESBURG - Veteran loose forward Duane Vermeulen will make his first appearance of the season for South Africa in a Rugby Championship second-round clash with New Zealand in Johannesburg on Saturday.

The injury-prone 36-year-old missed a three-Test series against Wales last month as he was recovering from a knee operation.

He returned to training ahead of the first-round match against the All Blacks last Saturday, which the Springboks won 26-10, but was not considered match fit.

Now he has won a recall to the back row in one of five changes to the starting line-up that excelled in Mbombela last weekend.

"Duane has a massive presence on the field and there is no bigger game for him to make his comeback from injury than facing the All Blacks," said coach Jacques Nienaber.

"He is an enforcer on attack and defence and we know he will give everything against a physical All Blacks team that are desperate to bounce back strongly from a challenging run of results."

Two of the alterations were enforced with Jesse Kriel replacing suspended Kurt-Lee Arendse on the right wing and Jaden Hendrikse coming in at scrum-half for injured Faf de Klerk.

Arendse was red-carded for dangerous play after an aerial collision with New Zealand fly-half Beauden Barrett on 75 minutes in Mbombela.

Just 43 seconds into that match, De Klerk was stretchered off with concussion after his head struck the knee of All Blacks wing Caleb Clarke in a freak accident.

The other changes are among the forwards with Vermeulen taking over the No. 8 shirt from Jasper Wiese and hooker Bongi Mbonambi and loosehead prop Ox Nche brought into the front row.

Mbonambi starts ahead of Malcolm Marx, the man of the match in Mbombela when he celebrated his 50th cap for the Springboks, who will be on the bench in Johannesburg.

The move is not a surprise despite the brilliance of Marx last weekend as he often starts on the bench and comes on early in the second half as an extremely effective impact player.

The elevation of Nche in place of rested Trevor Nyakane is also rotational, a policy coach Nienaber can pursue given the wealth of forward talent at his disposal.

Among three changes to the bench, scrum-half Herschel Jantjies is promoted with Hendrikse now in the starting line-up.

It will be a special match for tighthead prop Frans Malherbe, who wins his 50th cap two weeks after fellow front rower Mbonambi achieved a similar feat.

"The work ethic of Frans is fantastic and although he is quiet off the field, he certainly makes his presence felt on the field," added Nienaber.

Ian Foster, coach of a New Zealand team that have lost five of their last six Tests, names his matchday 23 on Thursday.