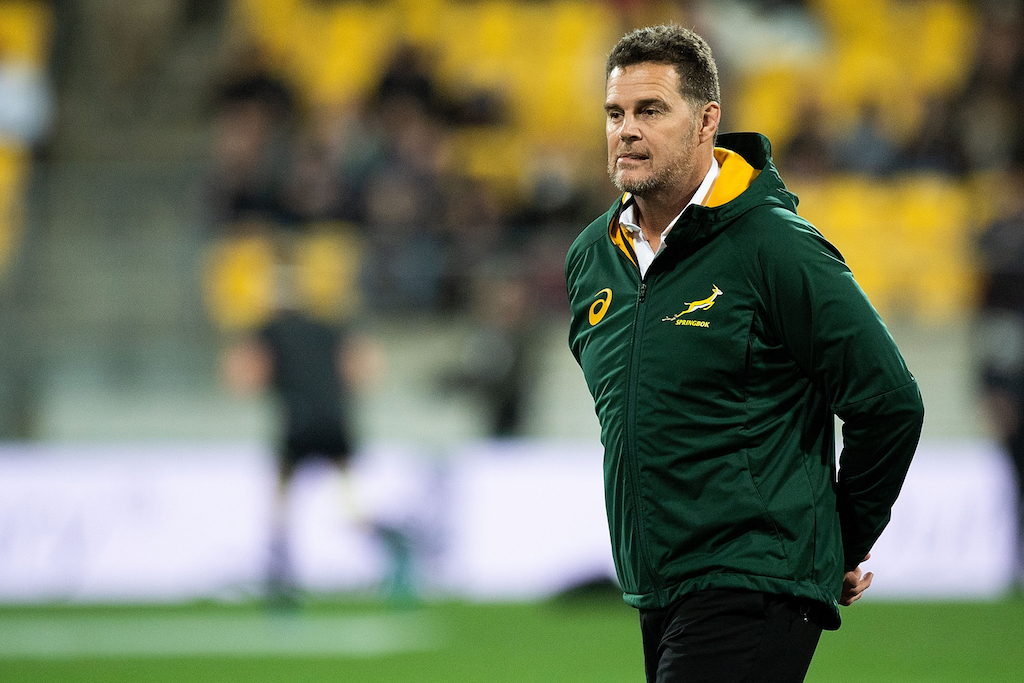 File: Bok coach Rassie Erasmus denied that he was considering fielding a 'B' team against Australia at Ellis Park in the opening round.

JOHANNESBURG - South Africa coach Rassie Erasmus said that he will "split resources" for Rugby Championship matches against Australia and New Zealand on successive weekends this month.

The Springboks play the Wallabies in Johannesburg on July 20 and the All Blacks in Wellington on July 27.

"Can you play Australia here, get on a plane, arrive on Monday or Tuesday and think you have a realistic chance of beating New Zealand in New Zealand?" asked Erasmus.

He plans to send about 15 players to New Zealand next week, giving them time to prepare for the clash with the world champions.

Erasmus denied that he was considering fielding a 'B' team against Australia at Ellis Park in the opening round.

"Both sides will be competitive because we want to win the games against Australia and New Zealand," he stressed.

"What is the difference between Eben Etzebeth and Franco Mostert? Or Mostert and Lood de Jager? There are very few players where you can say this one is streets ahead of this one."

"There are four or five positions where you can say this guy is a clearcut first choice. Those guys will probably go to New Zealand next week."