Springboks sticking with the kicking for All Blacks rematch 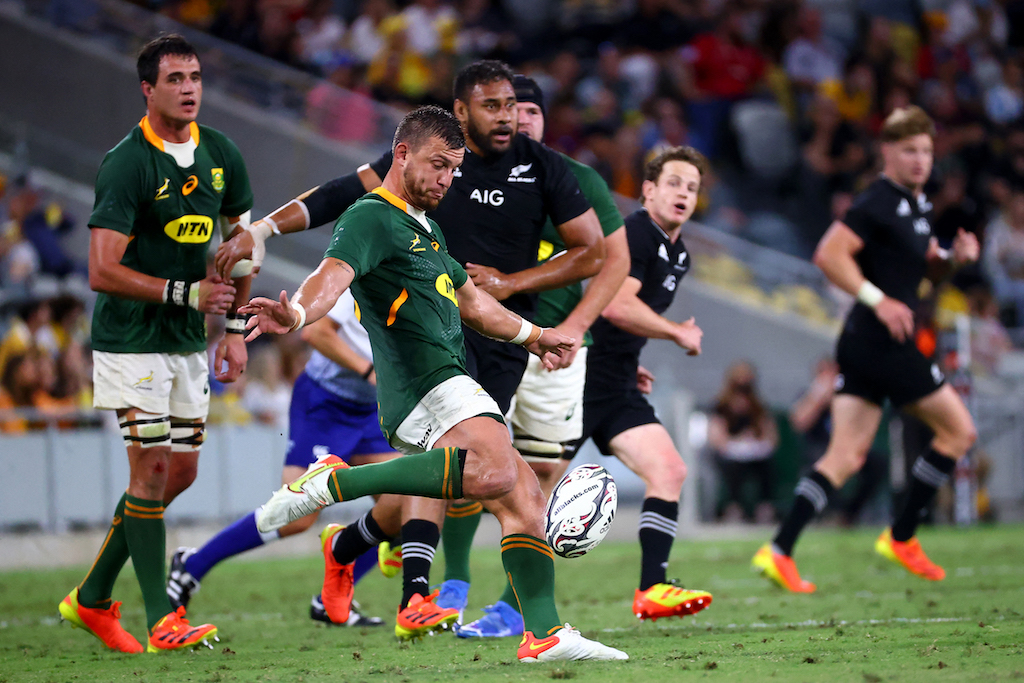 GOLD COAST - The Springboks have pledged to stick with their kicking game, despite being on a three-match losing streak, giving New Zealand plenty to work on ahead of their rematch next weekend.

Coach Jacques Nienaber replied with a blunt "I don't think so" when asked if a change of tactics was needed after a 78th-minute Jordie Barrett penalty gave the All Blacks a 19-17 victory in their Rugby Championship Test in Townsville on Saturday.

It followed back-to-back losses to Australia, but Nienaber maintained their relentless kicking game was working even if it meant handing possession back to the opposition.

Captain Siya Kolisi was equally emphatic, saying they were "never going to change anything".

"That's how we know how to play and it has always worked for us," Kolisi said.

Although the All Blacks were expecting a relentless barrage from South Africa they were still surprised to see the bombs continued to come even when the Springboks had New Zealand pinned inside their 22.

"We didn't expect that. It's certainly a different way to build pressure," All Blacks assistant coach John Plumtree said.

"The boys were saying there was a little bit of spiralling going on with some of those Faf de Klerk bombs as well so we know what to expect next week because they'll definitely bring that again."

With the All Blacks wrapping up the Rugby Championship on Saturday, Plumtree said the target now was to finish the tournament unbeaten when they face the Springboks again on the Gold Coast next Saturday.

But he said there were several areas of their game that needed improvement.

"Our breakdown wasn't anywhere near the standard it needs to be against the Springboks. We couldn't build enough pressure because we were turning too much ball over," he said.

"And at times we might have been a little bit too flat and allowed their line speed to dominate so there's definitely heaps there for us to work on this week."