Spurs stunned by Antwerp as Milan, Arsenal cruise to victories 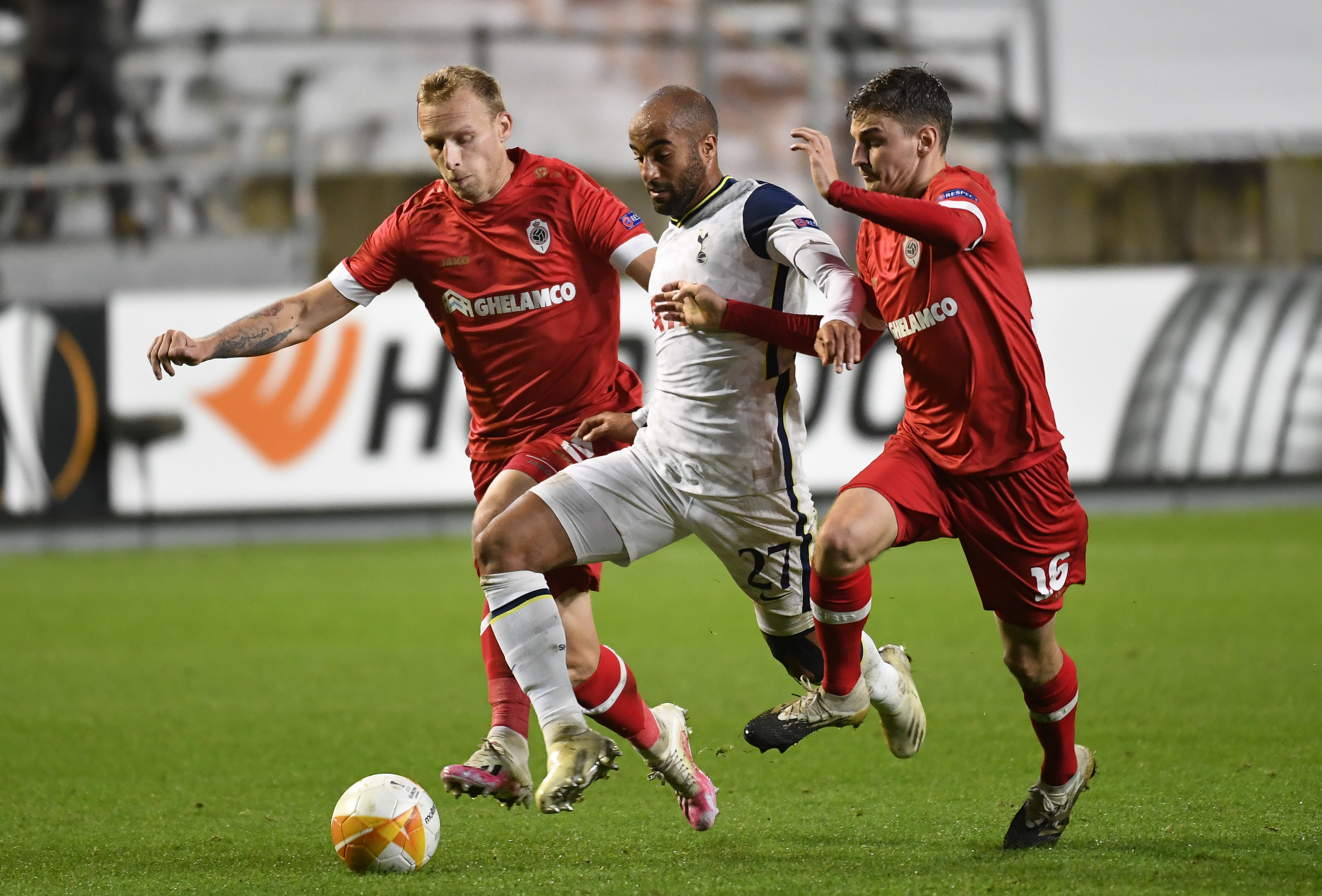 PARIS - Jose Mourinho said he would have liked to make 11 half-time changes after his Tottenham Hotspur side slumped to a shock 1-0 Europa League defeat at Royal Antwerp on Thursday, while Serie A leaders AC Milan and Mikel Arteta's Arsenal eased to straightforward wins.

Spurs failed to create a single chance of note in a lifeless display, with Gareth Bale, who rejoined the club on loan from Real Madrid in the close-season, lasting less than an hour before being substituted.

Mourinho, who made four subs at the interval including removing the out-of-favour Dele Alli, suggested he would not give his fringe players many chances in the future.

"I would like to make 11 (changes). I didn't make five as I was afraid of a long 45 minutes," said the Portuguese coach after Spurs' first away loss since July.

"At half-time I tried to improve the situation, but it was not enough. Second half, we improved. In the end, though, Antwerp got what they deserved. The best team won and the worst team lost.

"I always like to think the players deserve an opportunity. We have a big squad. It's also their opportunity to catch the chance with both hands and ask for more.

"(After) tonight, my future choices are going to be very easy."

The surprise win takes Antwerp to the top of the early Group J table after their opening 2-1 victory at Ludogorets last week.

The Belgian outfit are playing in the main stage of a European competition for the first time since a UEFA Cup first-round loss to Newcastle United in 1994.

The hosts took the lead just before the half-hour mark, with Dieumerci Mbokani robbing makeshift Spurs centre-back Ben Davies before feeding Israeli forward Lior Refaelov to drill a fierce shot into the corner.

Antwerp wasted a golden chance to double the lead in the 54th minute, as Congolese striker Mbokani contrived to fire the ball over an open net when only three yards from goal.

Mourinho threw on Harry Kane for Bale in search of an equaliser, but again it was their opponents who should have scored when Norwegian wing-back Simen Jukleroed ran clean through on goal and blazed wildly over the bar.

Spurs dominated possession but never seriously threatened, and the Antwerp players were able to celebrate a famous triumph in an empty stadium.

Milan made it two wins from two in Group H with a 3-0 success over Sparta, despite Zlatan Ibrahimovic missing a first-half penalty.

Stefano Pioli's side sits two points clear of Lille at the top of the group after the French outfit fought back from two goals down to grab a 2-2 home draw with Celtic.

"We are not thinking about the (unbeaten) streak, we are focused only on the next game," said Pioli.

"Just a few months ago many people thought we were a bad team and now we are proving that we are not.

"Milan are a great club with a fantastic tradition and we always have to play with great ambition."

Arsenal overcame a plucky Dundalk side with a 3-0 win at the Emirates Stadium.

The Irish visitors held the Gunners at bay for 41 minutes, but Eddie Nketiah and Joe Willock goals put the hosts two goals ahead before half-time.

Nicolas Pepe added further gloss to the scoreline with a fine second-half strike.

In-form Napoli bounced back from their opening loss to AZ Alkmaar with a 1-0 win over La Liga leaders Real Sociedad in Group F.

Jamie Vardy netted a spot-kick as Leicester City made it back-to-back victories in Group G with a 2-1 win at AEK Athens, while Paco Alcacer scored a late double as Villarreal saw off Qarabag 3-1 in Group I.

Steven Gerrard's Rangers made it two straight wins in Group D by edging out Lech Poznan 1-0, but Benfica is top of the early table after beating Standard Liege 3-0.