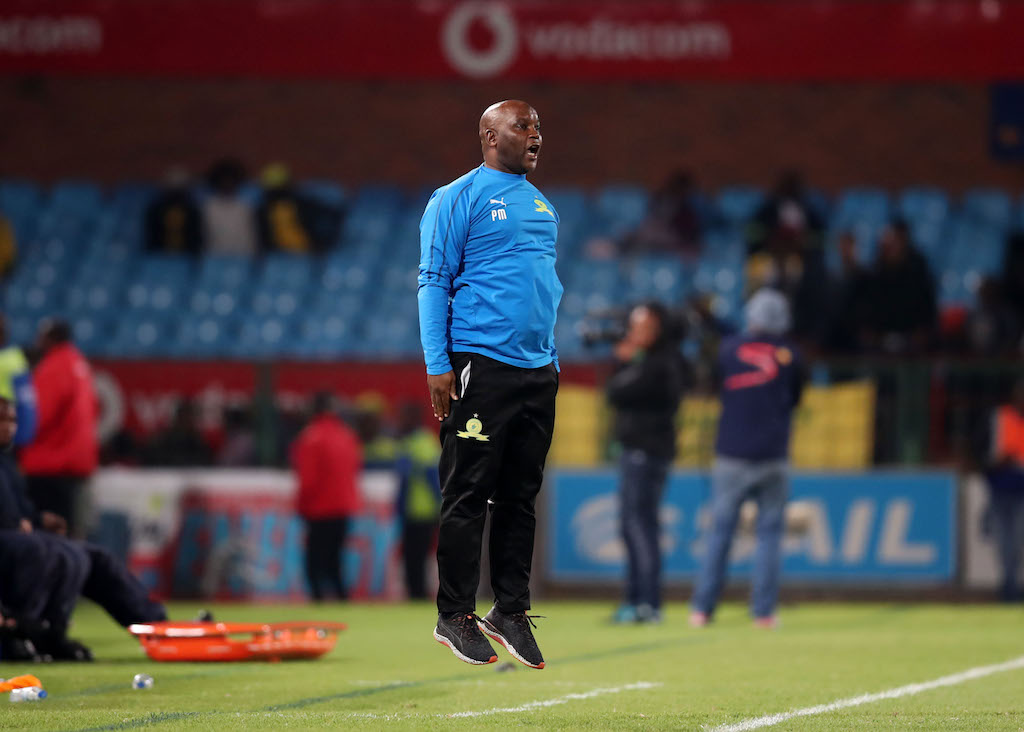 Sundowns are only the second South African club after Orlando Pirates, who achieved the feat twice, to win three domestic trophies in one season.

Diminutive Sirino struck on 80 minutes in a near-silent Orlando Stadium with spectators barred because of coronavirus concerns.

Celtic defenders and midfielders backtracked as the South American moved forward with the ball before beating goalkeeper Sipho Chaine with a shot from outside the penalty area.

It was the first goal Sirino scored in the competition this season and his overall performance led to him being voted the man of the match.

Sundowns were worthy winners of the competition for a fifth time as they created far more chances against a below-par Celtic side that lacked attacking creativity.

The teams were guilty of inaccurate shooting with each of them having 12 goal attempts but being on target only twice.

"It was really tough out there and I decided against taking off our tiring captain Hlompho Kekana late in the match because we needed his leadership."

Celtic coach John Maduka said poor decision making and defending too deep contributed to them losing their first final appearance in the competition being lifting the trophy 35 years ago.

"The real Celtic did not pitch up tonight, but I am still proud of my boys for reaching the final and finishing in the top half of the league table," said the former Malawi star. 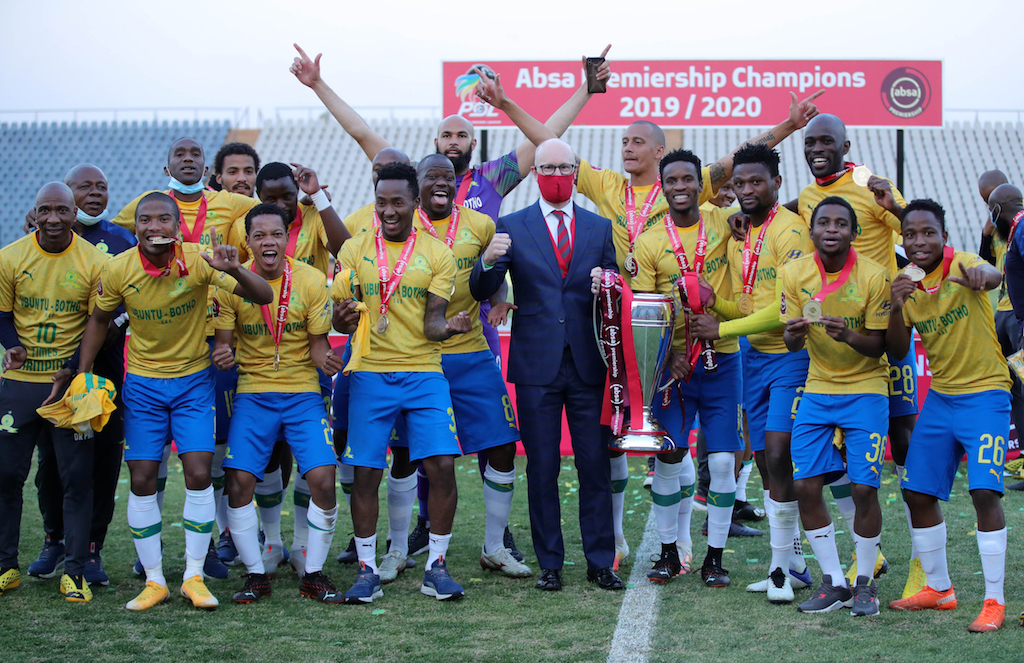 David Wingfields, ABSA Head of Marketing pose for picture with the players during the Absa Premiership 2019/20 match between Mamelodi Sundowns and Black Leopards at Dobsonville Stadium, Johannesburg, on 05 September 2020

Themba Zwane could have scored a first half hat-trick for Sundowns, but a wild shot, a brave save by Chaine, and the interception of a pass intended for him kept the match goalless.

Celtic did not threaten until the final minute of the opening half when veteran Uganda goalkeeper Denis Onyango did well to tip over a looping Letsoalo header.

Sirino was unlucky not to break the deadlock on 58 minutes when his close-range shot left Chaine stranded only for the ball to rebound off the post, but he had the last laugh.

Despite losing, Celtic will compete in Africa for the first time next season, joining Pirates in the second-tier CAF Confederation Cup.

Sundowns and Chiefs have qualified for the CAF Champions League, and both competitions are scheduled to kick off on November 27.