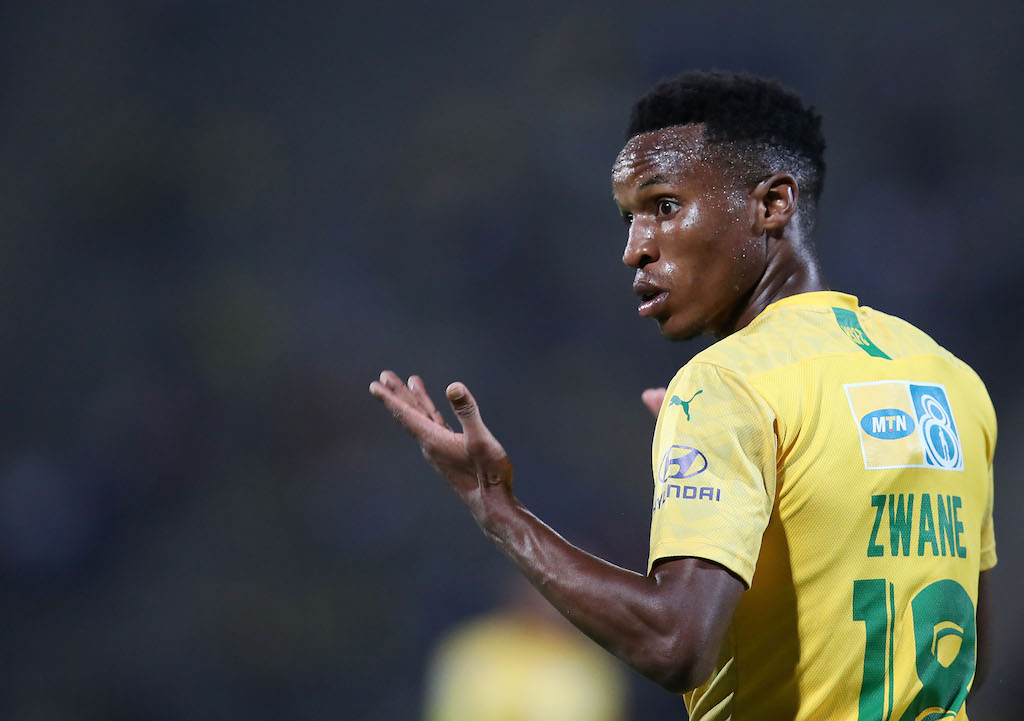 JOHANNESBURG - Themba Zwane scored to set up Mamelodi Sundowns for a 2-1 victory at Black Leopards Wednesday, and third place in the Absa Premiership.

Zwane prodded a cross from Venezuelan Jose Ali Meza past Guinea-Bissau goalkeeper Jose Mendes on 25 minutes at a packed Thohoyandou stadium in the northeast of the republic.

A mix-up with Mendes condemned Leopards' Namibian Chris Katjiukua to concede an own-goal just before half-time as the side played under Belgian coach Luc Eymael for the first time.

Kaizer Chiefs (19 points) top the table after eight rounds followed by Bidvest Wits (15) and Sundowns (14), both of whom have played less matches than the pacesetters.

Sundowns' victory came five days after they smashed two CAF Champions League records when overwhelming Cote d'Or of the Seychelles 11-1 in a qualifier ahead of the group phase.

Promoted Stellenbosch won for the first time as goals from Waseem Isaacs and Iqraam Rayners within 20 minutes of the kick-off produced a shock 2-0 win at fourth-place Polokwane City.

After going five league games without a victory since the season began, Maritzburg United won for the second time in six days by edging Baroka 1-0 through a Mxolisi Kunene goal.