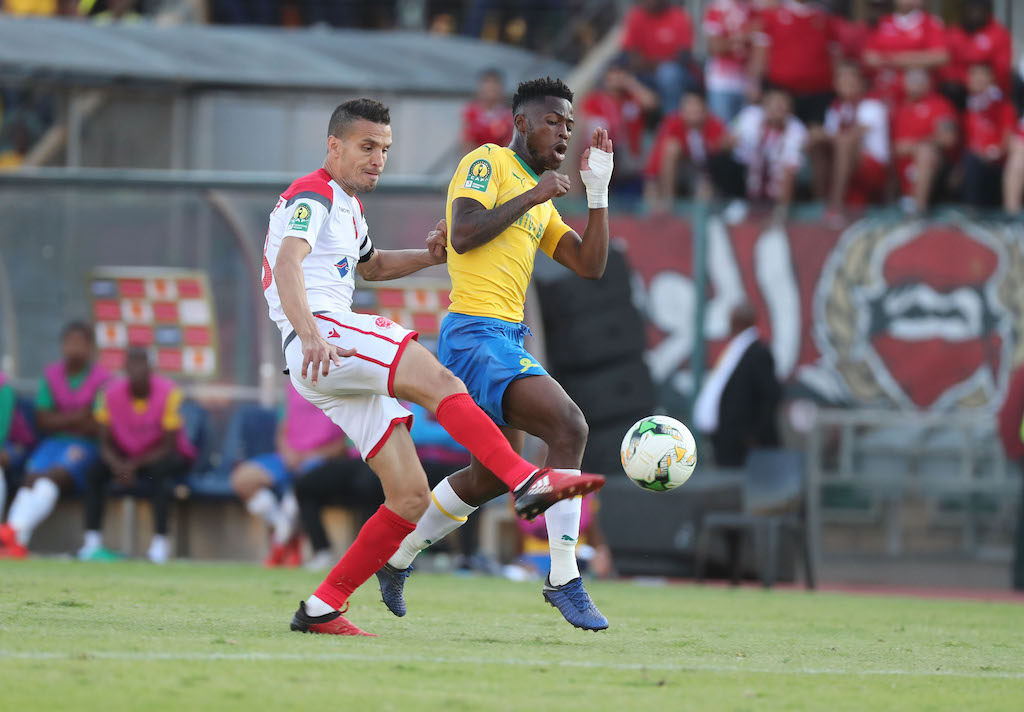 File: Abdelatif Noussir of Wydad clears the ball away from Phakamani Mahlambi of Sundowns during the 2018/19 CAF Champions League football match.

JOHANNESBURG - Mamelodi Sundowns and Wydad Casablanca of Morocco will meet for the fourth consecutive season after the CAF Champions League group draw was made in Cairo Wednesday.

Wydad defeated defending champions Sundowns on penalties in a 2017 quarter-final and the Moroccans won at home and drew away at the group stage the following year.

Both sides won at home in the 2018/2019 edition and when they clashed again in the semi-finals, Wydad successfully defended a 2-1 first-leg advantage to reach the final.

The Casablanca outfit then lost a controversial title decider against Esperance of Tunisia last May, storming off the field in the second leg after an equaliser was disallowed.

Seeking a third consecutive title, Esperance are in Group D with three former champions, Raja Casablanca of Morocco, JS Kabylie of Algeria and V Club of the Democratic Republic of Congo.

The title-holders were unimpressive in reaching the group stage, edging minnows Elect-Sport of Chad 3-2 on aggregate.

Group A has five-time winners TP Mazembe of DR Congo, former semi-finalists Primeiro Agosto of Angola and Zesco United of Zambia, and Zamalek of Egypt or Generation Foot of Senegal.

The return match between Zamalek and Generation has been rearranged for October 24 after the Senegalese refused to play the second leg when the match date and venue were belatedly changed.

Whoever loses the delayed tie will drop to the second-tier CAF Confederation Cup and face ESAE of Benin in a play-off for a group place.