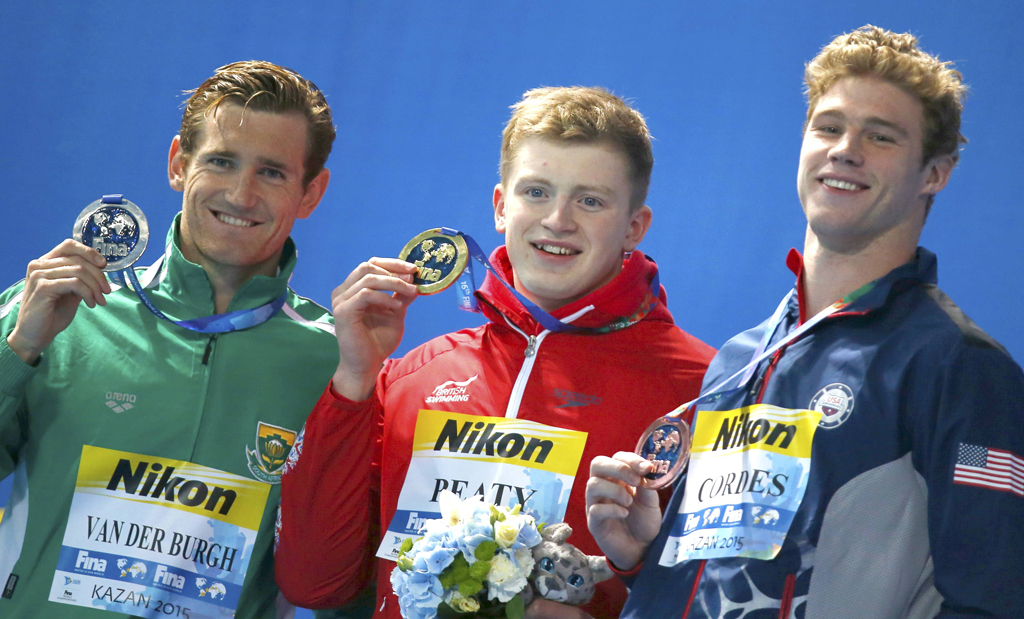 Kevin Cordes of the USA earned bronze at 0.35secs back.

Having beaten Van der Burgh on the wall in the 100m final, Peaty again came out on top ahead of his South African rival over the sprint distance.

Peaty, the Commonwealth champion, has made a stunning worlds debut in Kazan with a world record and two titles to claim Britain&39;s second gold on Wednesday after Gary Hunt&39;s win in the men&39;s high-diving competition.

Peaty has matched David Wilkie&39;s double -- the Scot won the 100 and 200m breaststroke titles at the 1975 world championships.

He will be bidding for a third title in Kazan when the 200m breaststroke heats start on Thursday with the final on Friday night.