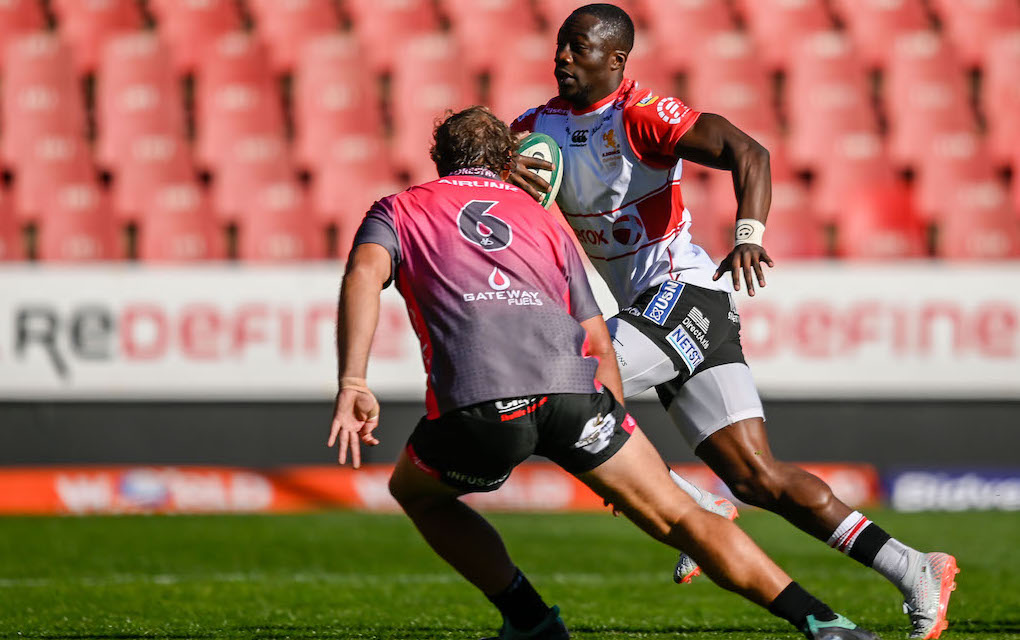 Jeandre Rudolph of the Phakisa Pumas tries to stop Madosh Tambwe of the XEROX Golden Lions during the 2019 Currie Cup match.

JOHANNESBURG - Democratic Republic of Congo-born Madosh Tambwe scored four tries for the Golden Lions in a dramatic 38-37 win over the Pumas in a Currie Cup first-round match.

The winger notched two tries in the opening half and two more after half-time at Ellis Park in Johannesburg as the Lions overcame a 16-point second-half deficit to snatch victory.

"I am very happy to have scored four tries but this win is not about me, it is about the team," said Tambwe after receiving the man-of-the-match trophy.

A Lions team, depleted by national team call-ups for the upcoming Rugby Championship and departures after a disappointing Super Rugby season, trailed 17-14 at half-time.

Tyrone Green scored for the Johannesburg outfit inside the first minute of the second half and Shaun Reynolds converted for a four-point lead.

The Pumas from northeastern city Nelspruit responded by scoring 20 unanswered points, including tries from Etienne Taljaard and Morgan Naude.

Kobus Marais contributed the other points from two conversions and two penalties, taking his match total to 17 points.

However, the visitors tired in the closing stages and it was the turn of the Lions to go on s scoring spree, notching 17 points without reply.

Tambwe bagged a brace to leave his side trailing 37-31 and Reynolds sold a dummy one minute from time to score between the posts and convert for a bonus-point victory.