Anderson can beat Federer away from Centre Court: Wilander 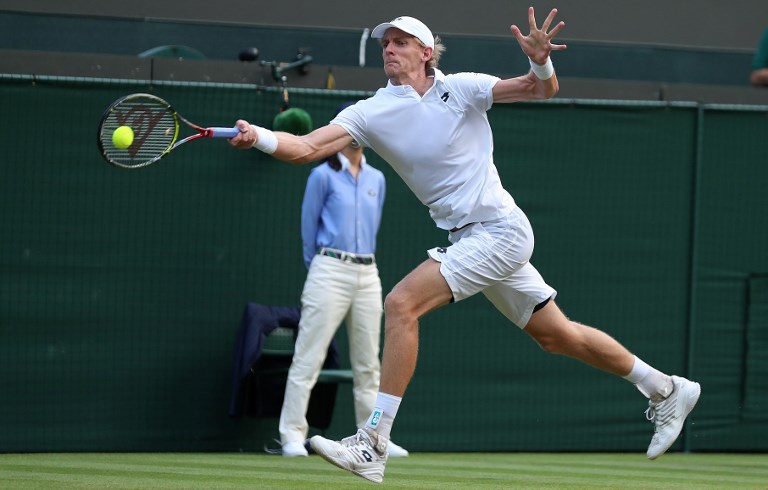 South Africa's Kevin Anderson returns against France's Gael Monfils during their men's singles fourth round match on the seventh day of the 2018 Wimbledon Championships at The All England Lawn Tennis Club in Wimbledon, southwest London, on July 9, 2018.

LONDON – Eight-times champion Roger Federer will find himself in unfamiliar territory when he takes on South Africa&39;s Kevin Anderson in the Wimbledon quarter-finals on Wednesday.

For the first time in three years, the Swiss maestro will play a match away from his beloved Centre Court lawn after organisers pencilled him in for a Court One slot.

Who are your picks? Wimbledon pic.twitter.com/gdqT8EAjrI

The last time Federer played a Wimbledon match away from Centre Court it had no negative impact as he trounced Gilles Simon at the same stage of the 2015 tournament before beating home favourite Andy Murray to reach the final where he was undone by a dominant Novak Djokovic.

The surprise switch could give Anderson heart though, according to former world number one Mats Wilander, as the South African has played several matches on Court One.

"I think psychologically there&39;s a huge difference for Anderson to play on Court One rather than Centre," the Swede, working as Eurosport&39;s chief analyst, told Reuters.

"The Royal Box is one thing, it&39;s packed with celebrities. It&39;s just different. I think this gives Anderson a better chance. He could potentially win a set and if he can win a set he could win two sets. But he will have to serve so well all the time to beat Federer, and hit his forehand well."

Anderson, beaten by Murray in his only match on Centre Court, has lost all four career meetings with Federer who has won 32 consecutive sets at Wimbledon.

It’s an amazing feeling to reach my first quarterfinal at Wimbledon. Thanks to everyone for your nice messages and support. I’m ready to keep the hard work going and looking forward to the next one -- pic.twitter.com/86NItok5pC

Federer and Nadal are favourites to meet in Sunday&39;s final -- 10 years after their epic 2008 showdown -- but Wilander believes Del Potro could throw a spanner in the works.

"I don&39;t know why Del Potro shouldn&39;t think he has a great chance," Wilander said. "This is a good chance for Del Potro because Rafa hasn&39;t been tested. I think Rafa will go through because there is a big difference between having a close match with Nadal and beating him."

Djokovic will also start as favourite against Japan&39;s Nishikori, says Wilander, who believes the Serb is beginning to show signs of the form that earned him three titles at the All England Club.

"I think the grass is perfect for Djokovic this year, it helps his backhand," he said. "I can&39;t see him losing to Nishikori other than the fact that Novak hasn&39;t had success in slams for a while. This could be the turning point for him."

Wilander says Isner, who has finally put together a run at Wimbledon, could be the dark horse in the last eight.

"He could be the nightmare draw, the players left will want to see him go out because his serve is bigger and he never has a bad serving day," he said. "Isner is the party crasher I see."