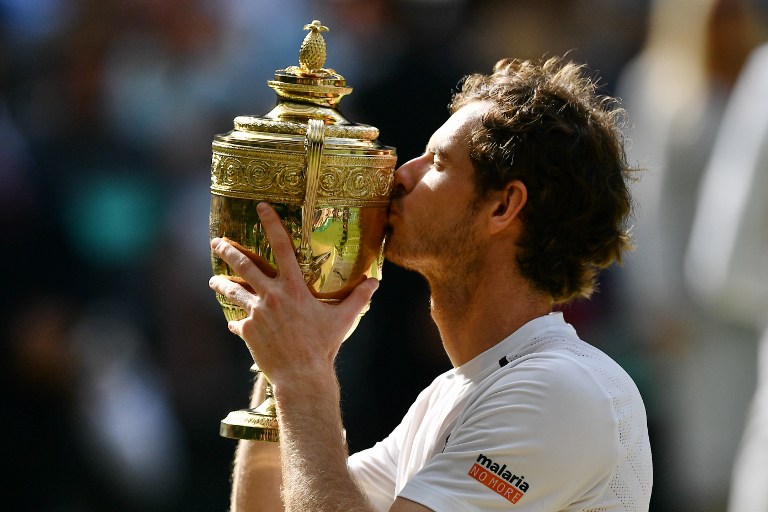 Britain's Andy Murray kisses the winner's trophy after his men's singles final victory over Canada's Milos Raonic on the last day of the 2016 Wimbledon Championships at The All England Lawn Tennis Club in Wimbledon, southwest London, on July 10, 2016.

PARIS - Two-time Wimbledon winner Andy Murray has lost his status as Britain&39;s number one for the first time since 2006 after he was overtaken by Kyle Edmund in the ATP rankings released on Monday.

Edmund has moved up to 24th place as he reaps the benefit of reaching the Australian Open semi-finals, while former world number one Murray, out injured since January and recovering from a hip operation, drops eight places to 29th.

Juan Martin del Potro moves up one place to eighth after he beat big-serving Kevin Anderson 6-4, 6-4 to win the Mexican Open on Sunday.