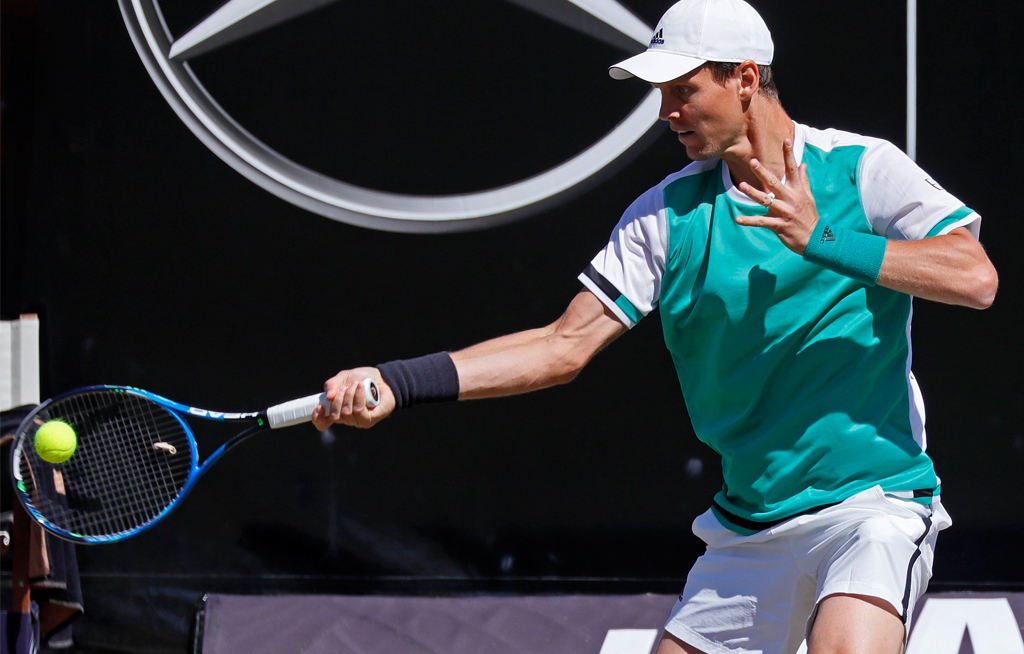 Tomas Berdych of Czech Republic in action against Feliciano Lopez of Spain during their quarter final match at the ATP Mercedes Cup tennis tournament in Stuttgart, Germany, 16 June 2017.

The world number 14, who has reached only one final this year, joined top seeds Roger Federer and Grigor Dimitrov on the sidelines.

The 35-year-old Lopez bounced back from the first set tiebreak loss to Berdych and saved several break points on his own serve early in the third set.

Lopez earned his only break with a superb crosscourt passing shot to go 4-3 up and keep his advantage until the end.

The other semi-final will be an all-French clash between world number 16 Lucas Pouille and Benoit Paire, who has yet to drop a set in the tournament.