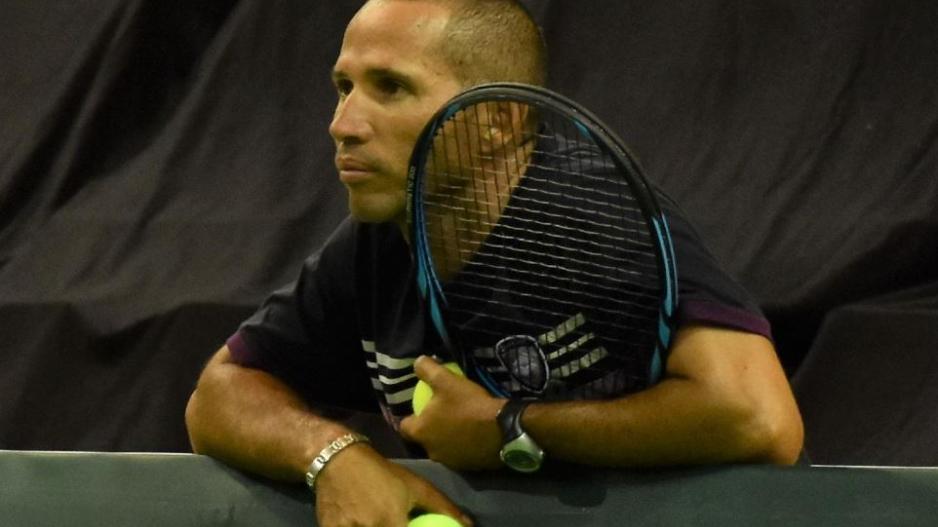 South Africa's head coach Allister Coetzee plays with a ball during the rugby Test match between New Zealand and South Africa at AMI Stadium in Christchurch on September 17, 2016.

AARHUS - Jeff Coetzee has joined forces with Tennis South Africa (TSA) who are in the process of breathing new life into the game countrywide.

A few days ago, the process took a turn for the better when the full glare of international spotlight was cast on South Africa as Kevin Anderson produced a Grand Slam display of note over a fortnight to reach the US Open semifinals.

The national squad who have now strung together a match winning sequence of three ties under captain Marcos Ondruska and are on the verge of promotion from Group 11 to Group 1 in the Euro Africa Zone.

The Cape Town-based Coetzee retired from tennis a few months ago and during his career has played around the world. He has attended numerous academies worldwide and as a 12-year-old, he attended the Tennis Connection in Tyler, Texas.

Soon after he retired, players on the world tour recognized his value and experience and to date, Coetzee is the preferred coach of three international doubles players.

Coetzee played Davis Cup tennis for South Africa over a 12-year period and now at the age of 40 years, he is a metaphorical treasure trove of tennis learning and knowledge. He has so much to offer the squad’s players, many of whom have not yet reached a stage where they are travelling with a coach and other supporting staff.

To step on Arthur Ashe with @RafaelNadal for my first Slam final was an honour. I look forward to sharing the court with you again soon -- pic.twitter.com/lojLczEeil

“As an assistant coach or a consultant, whichever way you want to see it, I’m thrilled to see the next generation step in to carry the Davis Cup baton for South Africa.

“I’m proudly South African, and unashamedly so, and I’m here to help the team go all the way to the top.

“The squad is busy finding its feet and heading in the right direction and next year we’ll see Kevin Anderson also make an appearance.

“But the meantime we need to get the structures right and the squad captain Marcos Ondruska knows what it takes.

“It’s vital to have someone like Ondruska heading up the cause and I’m there to support him and the players.

“While Anderson has been battling with a spate of injuries over the past 24 months, it would not have been ideal to add Davis Cup matches to his already heavy schedule at this time.

“Where we are currently playing in Group 2, the side has managed without him but next year we could be up against the world’s leading tennis nations, depending on the outcome of the weekend’s Davis Cup result.”

File: Jeff Coetzee, the assistant coach of the KIA SA Davis Cup squad, looks on while the players work out indoors at the Ceres Arena, Aarhus, Denmark. Credit: ANA

Coetzee would like to see the introduction of squads at all age-groups to prepare the country’s talents for international competition.

READ: More could have been done to support Anderson: Tennis SA

He also feels that the development of the women’s Federation Cup team should run parallel to that of the Davis Cup team. To that end, he would like to see the two squads moved into week-long camps at least twice a year.

“The biggest problem facing our youth today is that they don’t people with tennis know-how to guide them. You need knowledgeable people to plan your tournaments for, let’s say, a year ahead.

“You should have people around you who will know where it’s best for you to play because there are tournaments around the world, throughout the year. You have to make informed choices.

“The process of taking players through the ranks on the international stage is a highly specialised one and Marcos and I can offer the players so much know-how on that score. We both have excellent contacts with a host of former players who would help anywhere in the world.”

Over the years, Coetzee has been a highly popular figure in SA tennis and has been able to call on countrymen around the world on his word tour campaign.

“Between Marcos and myself we can hook up the squad at academies and with former players abroad whenever we play away matches. It could be such advantage to call on support in foreign countries, and that’s just one way we can help the squad reach the upper reaches of Davis Cup tennis.”

For now, Coetzee will continue to work as an international coach but he will be keeping an eye on the SA squad players as they work their way around the world’s playing circuits.

It's been an incredible 2 weeks. This is a memory I will never forget & I look forward to making more! Thanks @usopen... see you next year -- pic.twitter.com/7PmXVEoIE5