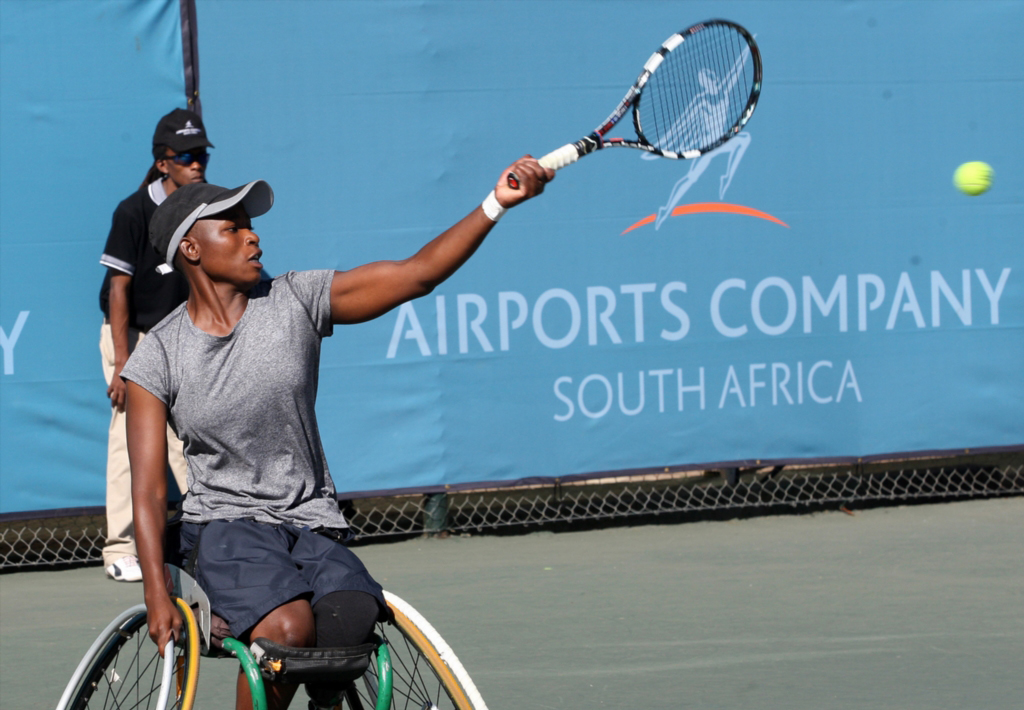 Kgothatso Montjane, the 5th seed of South Africa in action against Marjolein Buis (NED) in the women's quarterfinals during day 3 of the Airports Company South Africa SA Open at Ellis Park Tennis Complex on April 16, 2015 in Johannesburg.

JOHANNESBURG – World No.3 Diede De Groot from the Netherlands ruined any chance for a title in Iizuka for South Africa’s leading women’s ace Kgothatso ‘KG’ Montjane as she claimed a 5-7 6-3 7-6(6) win on Friday to reach the Japan Open semi-finals.

Montjane battled until the bitter end as her 20-year-old Dutch opponent needed 190 minutes to finally put away the world No.10.

Montjane looked to be extending her trend of dominance early on, but she was uncharacteristically sloppy in the last two sets.

Montjane backed herself out of a corner when down in the opening set at 1-3.

But after breaking back for 3-3, she produced three errors in the next game to hand back the advantage to the Dutch right-hander.

The South African left-hander then found her momentum to take the opening set 7-5 but the Dutch second seed came back strong and proved to be too good making a quick work to bag the second set.

However, the third set went back and forth, the two women trading breaks right up to 6-6. The world No.3 finally seized an opportunity to win the match when Montjane produced five errors.

Montjane and De Groot later in the day joined forces in the women’s doubles semi-final but bowed out after a tough fight to top seeds Lucy Shuker (GBR) and Aniek Van Koot (NED) 6-2 3-6 6-3.

In the quads division, Kwazulu-Natal’s Lucas Sithole moved to the doubles final but lost in the singles. The world No.4 and 2014 Japan Open champion, was taken out by his doubles partner American world No.2 David Wagner – a seven-time Japan Open champion – to follow his compatriot Montjane out of the singles competition.

Sithole and Wagner defeated third seeds Greg Hasterok (USA) and Kyu-Seung Kim (JPN) 6-2 7-5 in the semi-final round to set up a contest against fourth seeds Dylan Alcott and Heath Davidson both from Australia in Saturday’s final.