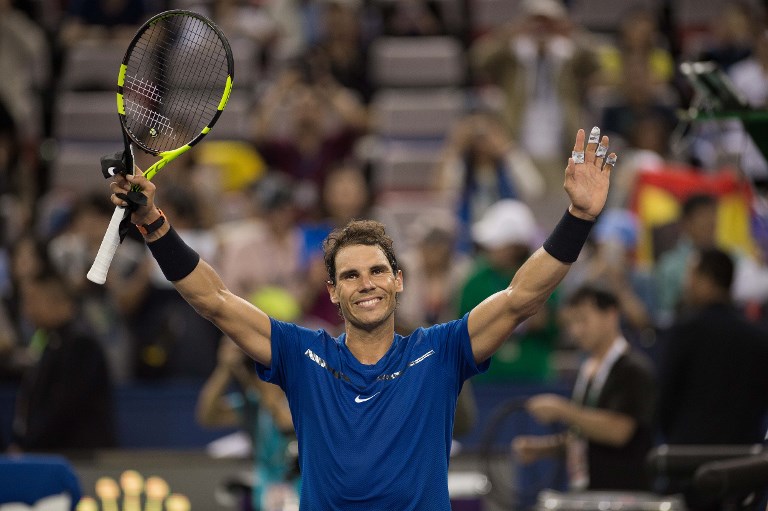 Rafael Nadal of Spain celebrates winning his men's 2nd round singles match against Jared Donaldson of the US at the Shanghai Masters tennis tournament in Shanghai on October 11, 2017.

SHANGHAI - Rafael Nadal underlined his status as world number one and the man to beat at the Shanghai Masters as he powered into the quarter-finals at the expense of Fabio Fognini on Thursday.

The 31-year-old Spaniard was comfortable in seeing off the 28th-ranked Italian 6-3, 6-1 and will play sixth seed Grigor Dimitrov in the last eight.

Top seed Nadal is chasing a seventh title this season, but a career-first Shanghai Masters.