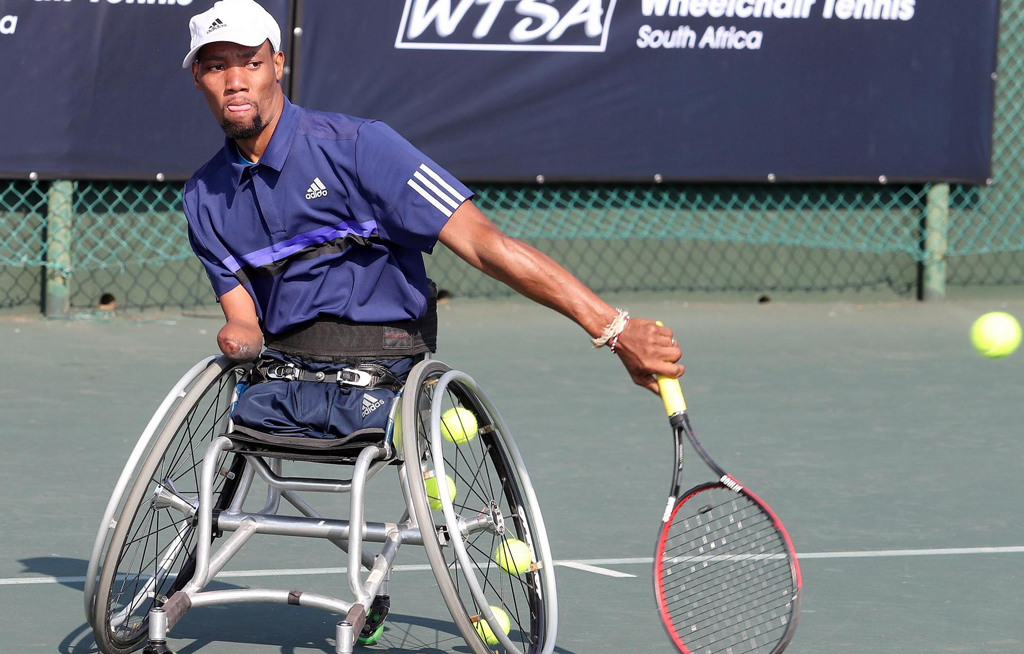 File: Lucas Sithole competes in the Quad division of wheelchair tennis, which is for players with impairments to both upper and lower limbs.

The trio will begin their excursion at the Bath Indoor Tournament, an International Tennis Federation (ITF) level 1 event in Bath, Great Britain from Tuesday to Saturday.

They will then move on to the UNIQLO Wheelchair Doubles Masters, which will be held in Bemmel, Netherlands from November 22 to 26.

Bemmel will be the host city for the ITF’s year-end championship for the world’s leading wheelchair doubles players for the first time this year.

Two-time Grand Slam champion and quads world number four Sithole will take part in the prestigious doubles event for the first time. The 31-year-old will join forces with Heath Davidson from Australia.

Sithole and Davidson have been the perfect partnership, they clinched the Swiss Open quads doubles title in 2016 and reached the British Open doubles semi-final round this year.

The country’s leading women’s player Montjane will also be looking to battle it out with partner Charlotte Famin from France for the first time since 2013. Montjane and Germany’s Sabine Ellerbrock were finalists in 2013 and the world number eight will be eying a title this year.

Meanwhile, 2017 Gauteng Sportsman of the year with a disability, Maripa will partner with Frederic Cattaneo from France in the men’s event. Maripa reached the semi-final round in 2014 with Japanese player Shingo Kunieda.

After the doubles year-end championship, Sithole and Montjane will move on to represent South Africa in the much-anticipated NEC Wheelchair Tennis Masters, which will be held for the first time at Loughborough University on November 29 to December 3. The event will be hosted by the Tennis Foundation for the fourth successive year.

The NEC Wheelchair Tennis Masters invites the top eight men and women, as well as the top six quad players to compete at the ITF’s year-end championship for the top-ranked singles players.

The former world number two quad ace, Sithole is hoping for a top finish after he was denied the title in 2013 and 2015 by world number one American David Wagner. “I am very confident going to the Masters this year after missing them last year due to illness. I lost to David Wagner in the finals in both 2013 and 2015 and I hope for a better finish this year,” said Sithole.