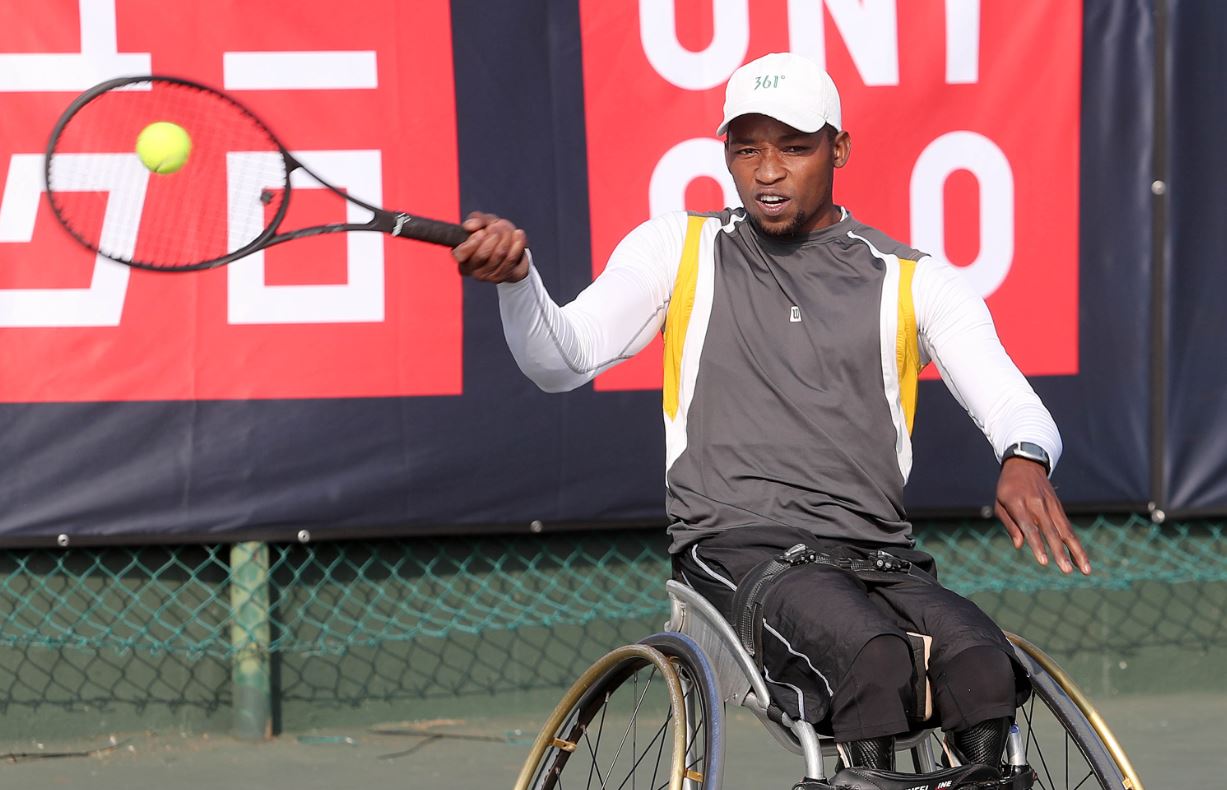 The world No 12 from Limpopo who returned home recently from a two-week tour in Australia and will begin his excursion at the ABN AMRO Tournament, an International Tennis Federation (ITF) level 1 event from  February 13-17 in Ahoy Rotterdam, Netherlands.

Maripa will be participating in the event for the third successive year, completing a compelling roster of participants ranked in the top 12 globally.

Maripa impressed in Rotterdam in both 2016 and 2017 finishing in the quarterfinal round and will return to improve upon that performance.

In 2016 he caused a major upset win over world No 8 Japanese Takashi Sanada in his debut in the tournament following a wildcard entry awarded by tournament director Esther Vergeer.

In 2017 the strong-hitting Maripa produced a masterclass performance defeating the world No 11 Tom Egberink from the Netherlands 6-1 0-6 6-1 to reach the quarterfinal round.

The 27-year-old will move on to represent the country in the Bolton Indoor, SEan ITF level 2 tournament, which also forms part of the UNIQLO Wheelchair Tennis Tour to be staged in Bolton, Great Britain from February 20-24.

Maripa and partner Stefan Olsson of Sweden clinched the Bolton Indoor doubles title last year edging out Caverzaschi (ESP) and Scheffers (NED). The 27-year-old lost to Olsson in the singles quarterfinal and will be hoping to reach the semifinal stage this year.

“There was a lot that I picked up on my last tour in Australia and I have been working really hard since my return to prepare for Europe. I am mentally and physically ready for the two forthcoming tournaments,” commented Maripa.

The competition in the men’s division is quite intense, so one needs to be mentally and physically active at all times,” added Maripa.

Wheelchair Tennis South Africa (WTSA) manager Karen Losch said: “Evans is a talented player and he’s very close to a big breakthrough, so these tournaments will give him another chance to prove to himself that he can beat any of the top-ranked players.

"He played some of his best tennis in Europe the past two years and we hope he performs even better this year."