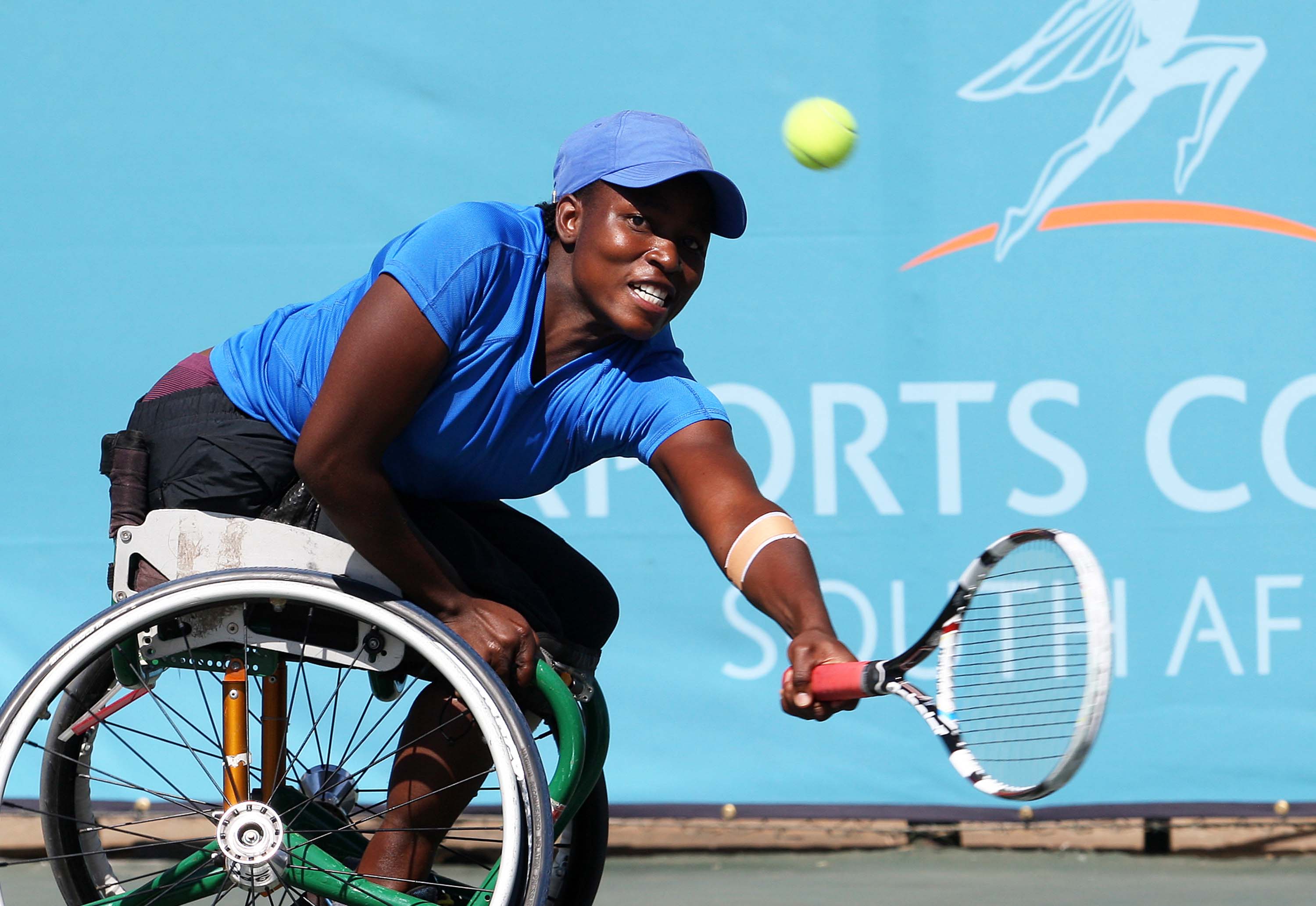 South African womens No 1 and world No 7 Kgothatso Montjane during day three of the Airports Company South Africa SA Open at Ellis Park Tennis Stadium on May 1, 2014 in Johannesburg, South Africa.

Montjane will make her singles debut at the Championships this year as 16 of the world’s top players again converge for the wheelchair tennis event at the third Major of 2018 from July 12 to 15 at The All England Lawn Tennis Club.

Eight of the current top-10 men and women on the Wheelchair Tennis Rankings are among the entries.

With entries based on the rankings of May 21, Montjane has been awarded the wild card having been ranked world No.8 at the entry cut-off.

The Limpopo-born star will be heading to London brimming with confidence following a strong start to the season.

“This is unbelievable, I am honoured to be awarded the wildcard and join the star-studded line-up of the world’s best players at Wimbledon. This is a dream come true, I always wanted to play on grass and I cannot wait for the experience,” said Montjane.

TENNIS: South Africa&39;s world No8 player, Kg Montjane will make history for the African continent when she lines up for the Wimbledon Grand Slam 2018 next month. https://t.co/MFWNEV0WyX

“A big thank you to the wildcard committee for this opportunity, this is definitely a motivation to achieve bigger things.

The 32-year-old broke into the top-six of the world rankings last season and believes she’s been playing her best tennis but still needs to work harder.

“I have been playing my best tennis from the last season, I just need to go back home and polish my game ahead of Wimbledon.”

Montjane recently made her third appearance at Roland Garros last month and impressed, pushing Dutch world number three Aniek Van Koot to the edge in the women’s singles quarterfinal round.

World number 8 Montjane lost 1-6 6-3 1-6 in nearly two hours but not before giving a tough fight to Van Koot making her go the distance.

The left-hander from Seshego in Limpopo hopes to stage her fighting spirit in London.

“All I need to do is trust myself, my abilities to play well, and to fight against anybody on any surface,” added Montjane who returns home next week Monday from a three-week tour in France.