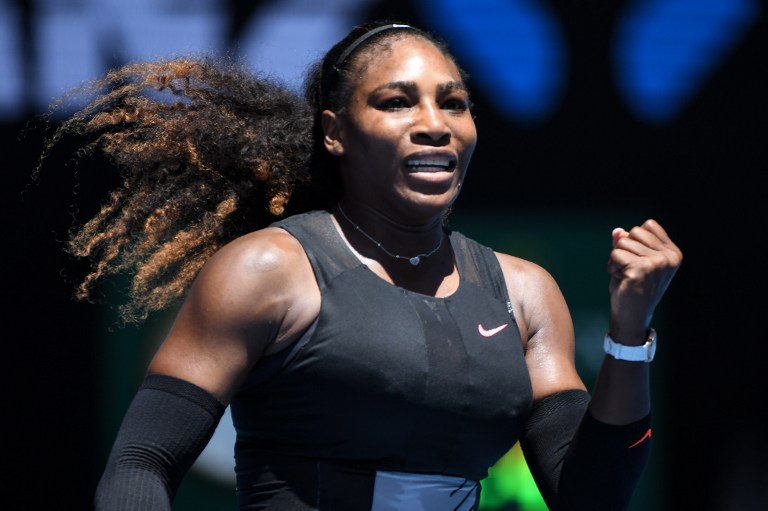 Serena Williams of the US celebrates her victory against Czech Republic's Barbora Strycova during their women's singles fourth round match on day eight of the Australian Open tennis tournament in Melbourne on January 23, 2017.

"I&39;m happy to confirm Serena is expecting a baby this Fall," she said, adding that while Williams won&39;t play again this year "she looks forward to returning in 2018".

Williams&39; Snapchat post, quickly highlighted in US media, showed the 35-year-old American in a yellow swimsuit with a baby bump.

The timing means Williams was already expecting when she won her record-setting 23rd Grand Slam title at the Australian Open in January - where she beat her older sister, Venus, in the final.

"The GOAT herself @serenawilliams took to Snapchat to announce she&39;s 20 weeks pregnant! Congratulations Serena!" the US Tennis Association, organisers of the US Open, tweeted, using the acronym for "Greatest Of All Time".

"Serena Williams was pregnant when she won her 23rd grand slam tournament at the Australian Open. And did not drop ONE SET. Let that sink in," Twitter user @noelleharmony posted.

Williams cited a knee injury in pulling out of tournaments in Indian Wells and Miami in March.

Her inactivity saw her drop to second in the world rankings.

But she is set to regain the top spot from Germany&39;s Angelique Kerber on Monday when the latest standings are published.

While pregnancy may spell the end of Williams&39; season, it doesn&39;t mean she won&39;t be back on court.

Belgium&39;s Kim Clijsters came out of retirement at the age of 26 after having a child and won three Grand Slam titles.

Former world number one Victoria Azarenka of Belarus, 27, won the Indian Wells and Miami titles in March of last year before missing the rest of the season after announcing she was expecting a baby in December.

Since the birth of son Leo, Azarenka has returned to training and plans