Thiem through but more seeds fall at Qatar Open 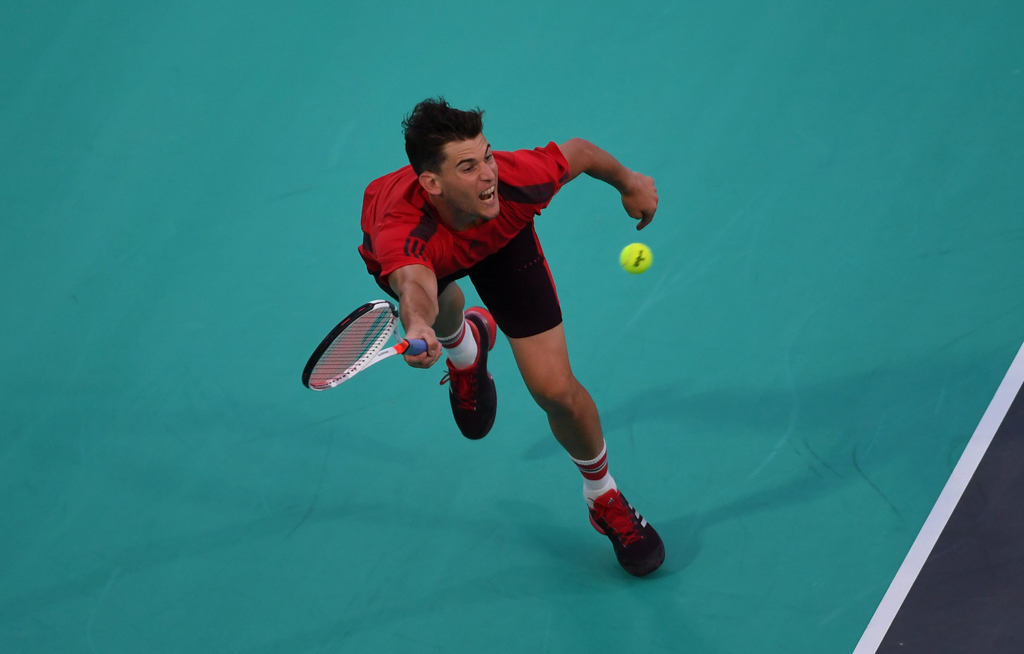 Austria's Dominic Thiem in action against Kevin Anderson of South Africa during their semi-final match of the World Tennis Championship in Abu Dhabi, UAE, 29 December 2017.

DOHA - World number five Dominic Thiem eased through to the quarter-finals of the Qatar Open Wednesday, but the tournament is now guaranteed a non-seeded finalist because so many of the highest-ranked players crashed out.

Thiem, the number one seed, won his second round match against Slovenia&39;s Aljaz Bedene in straight sets 7-5, 6-4, but said the contest was tougher than the scoreline suggested.

"It was a tough match, but I expected it and had two tough matches which I both won in straight sets.

Dominic Thiem and Bernard Tomic served up a treat for us at Roland Garros -- pic.twitter.com/vgMKkMYAVN

The Austrian is one of only two seeds left in the competition and could face the other, veteran Frenchman Richard Gasquet in the last eight.

The six other seeds have all been knocked out, even though the tournament has only reached the second round.

That means an unseeded player will reach the final in Doha for the first time since Gael Monfils in 2014.

Spain&39;s Fernando Verdasco and Feliciano Lopez were the latest seeds to fall on Wednesday.

The high-profile pair are former tennis partners and Khelaifi is also president of the Qatar Tennis Federation.

Rublev, the world number 39, broke Verdasco in the ninth game of the final set, then saved two break points as he served out for victory.

"I&39;m happy to take my revenge because I lost against Fernando a few months ago."

Lopez is ranked 102 places higher than the Bosnian in the world standings.

The carnage among the seeds comes after the tournament was shorn of three major stars before it began, with Novak Djokovic, Stan Wawrinka and Jo-Wilfried Tsonga pulling out as they try to recover from injuries.

With so many seeds gone, it may provide an opportunity for one of the game&39;s emerging stars to shine, such as Rublev or the man he will play in the quarter-finals, Borna Coric, the world number 48.

Croatian Coric, 21, followed up his impressive first-round victory over Carreno Busta by easily dealing with blustery conditions on an outside court as he romped to a 6-1, 6-3 win over Nikoloz Basilashvili on Wednesday, his first tour win over the Georgian.