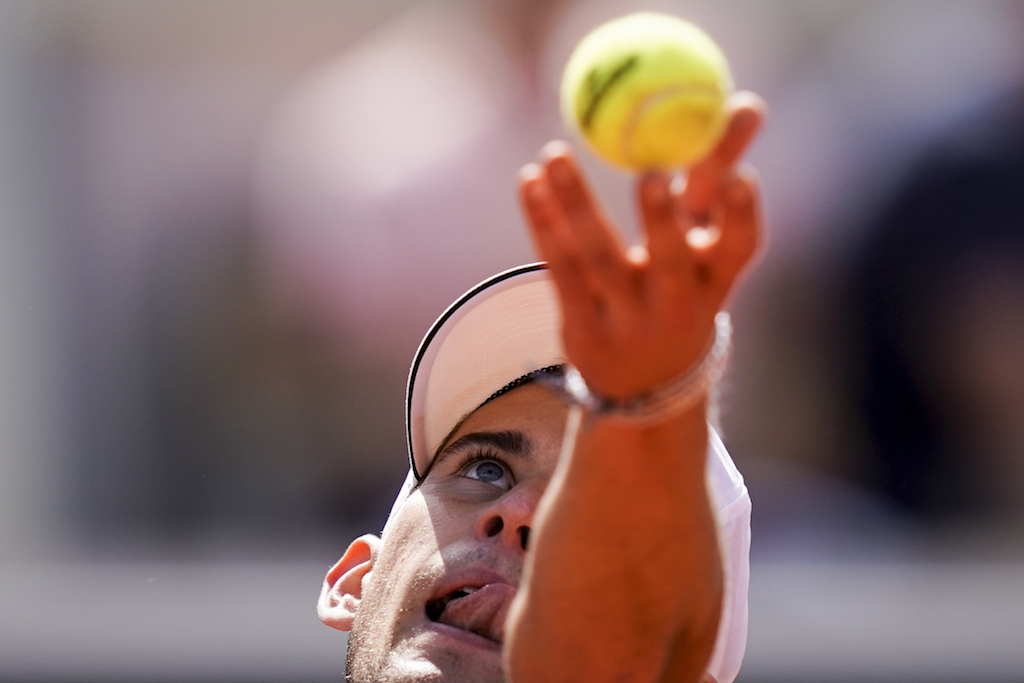 PARIS - Dominic Thiem will face either Novak Djokovic or Alexander Zverev in the French Open semi-finals after powering to a straight-sets win over Russian 10th seed Karen Khachanov on Thursday.

Thiem was utterly dominant on Court Suzanne Lenglen, hammering 29 winners, as his erratic opponent contrived to tally 37 unforced errors and only 17 winners.

"The key was to control the points. I'll be ready to maybe come back here tomorrow. This is one of my favourite courts in the world," said the 25-year-old, who is chasing a maiden Grand Slam title.

Thiem has a 6-2 losing record against 15-time major champion Djokovic, although both his wins have come on clay, and leads his head-to-head with Zverev 5-2.

Khachanov had impressed in a fourth-round victory over Juan Martin del Potro, but was never in with a chance in the quarter-final, which was delayed from Wednesday due to rain, dropping serve twice in the opening set.

He managed to get to 4-4 in the second, only to see Thiem reel off eight of the next 10 games and seal a last-four spot without even facing a break point in the match.