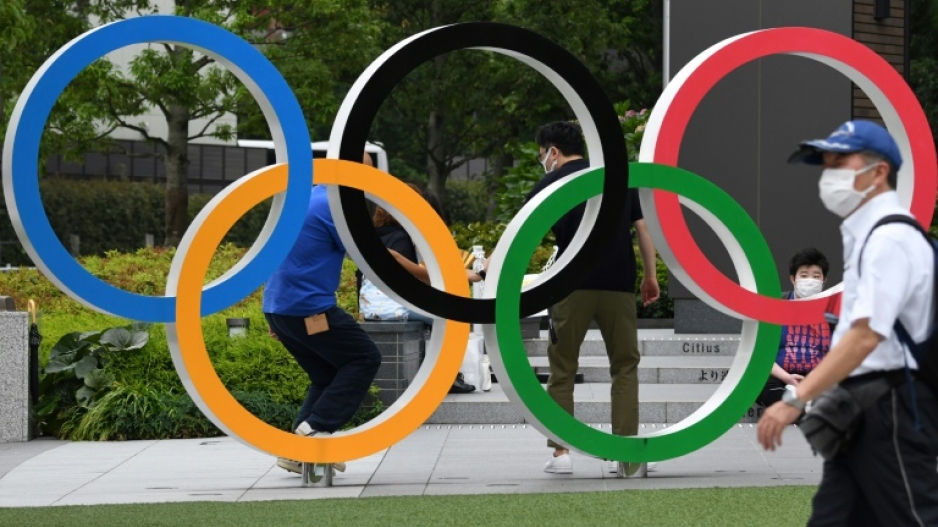 File: A pedestrian walks past the Olympic rings. AFP/Kazuhiro Nogi

The three -- players Thabiso Monyane and Kamohelo Mahlatsi and video analyst Mario Masha -- are in isolation.

"The rest of the team has already tested negative twice and is following closely all the recommendations of the local health authorities," the team said in a statement.

All members of the South African delegation have been tested daily on arrival at the Olympic Village in the Japanese capital, the team said.

A fourth member of South Africa's Olympic delegation, sevens rugby coach Neil Powell, has also produced a positive result and is in an isolation facility in the Japanese town where the Sevens squad are in a training camp.

Earlier Sunday, Tokyo Olympics organisers said two competitors had tested positive for the coronavirus in the Athletes' Village after a team colleague was also infected, raising fears of a cluster just days before the opening ceremony.

Organisers did not identify the team involved.