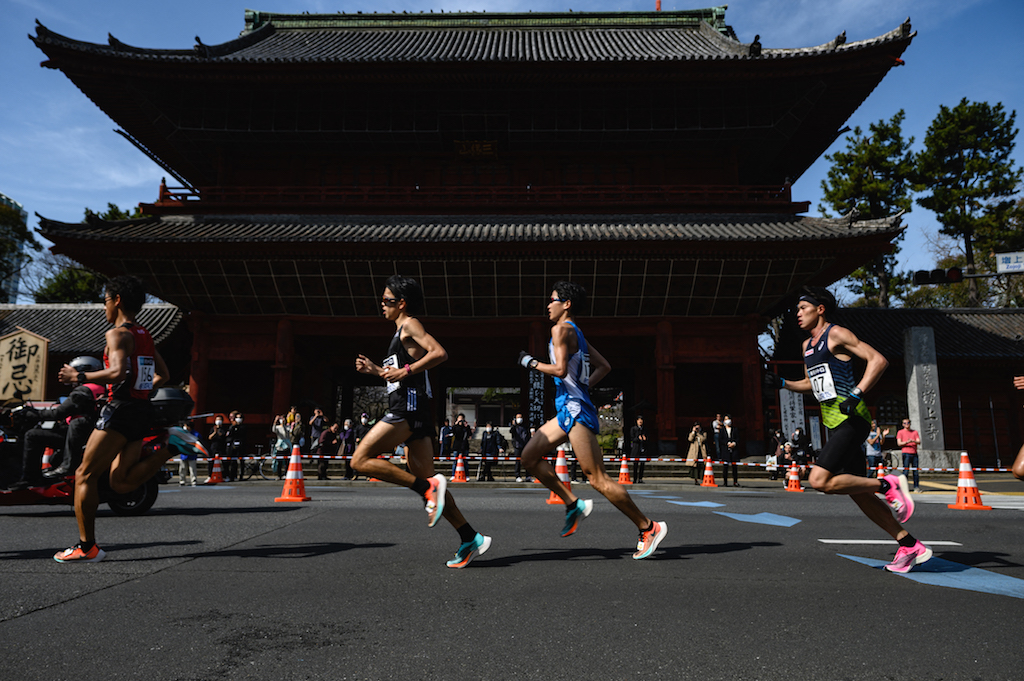 File: Runners pass Shiba Park as they compete in the Tokyo Marathon in 2020. AFP/Philip Fong

TOKYO - The Tokyo marathon has been postponed to March next year, with organisers blaming Covid-19 and ongoing restrictions in the Japanese capital.

Japan has seen the number of infections decline following a record spike last month, which prompted the government to expand and extended virus restrictions, despite the national vaccination programme ramping up.

The race, originally set to take place earlier this year in March with around 38,000 runners including top athletes participating, had already been postponed to October.

"Even only a month away from the event, Tokyo is still under a state of emergency," organisers said, adding next year's marathon will be cancelled.

The 2020 Tokyo marathon was held in March with a reduced field of around 200 elite runners.

The postponement comes after Formula 1 announced in August the cancellation of October's Japanese Grand Prix for a second year due to the pandemic.