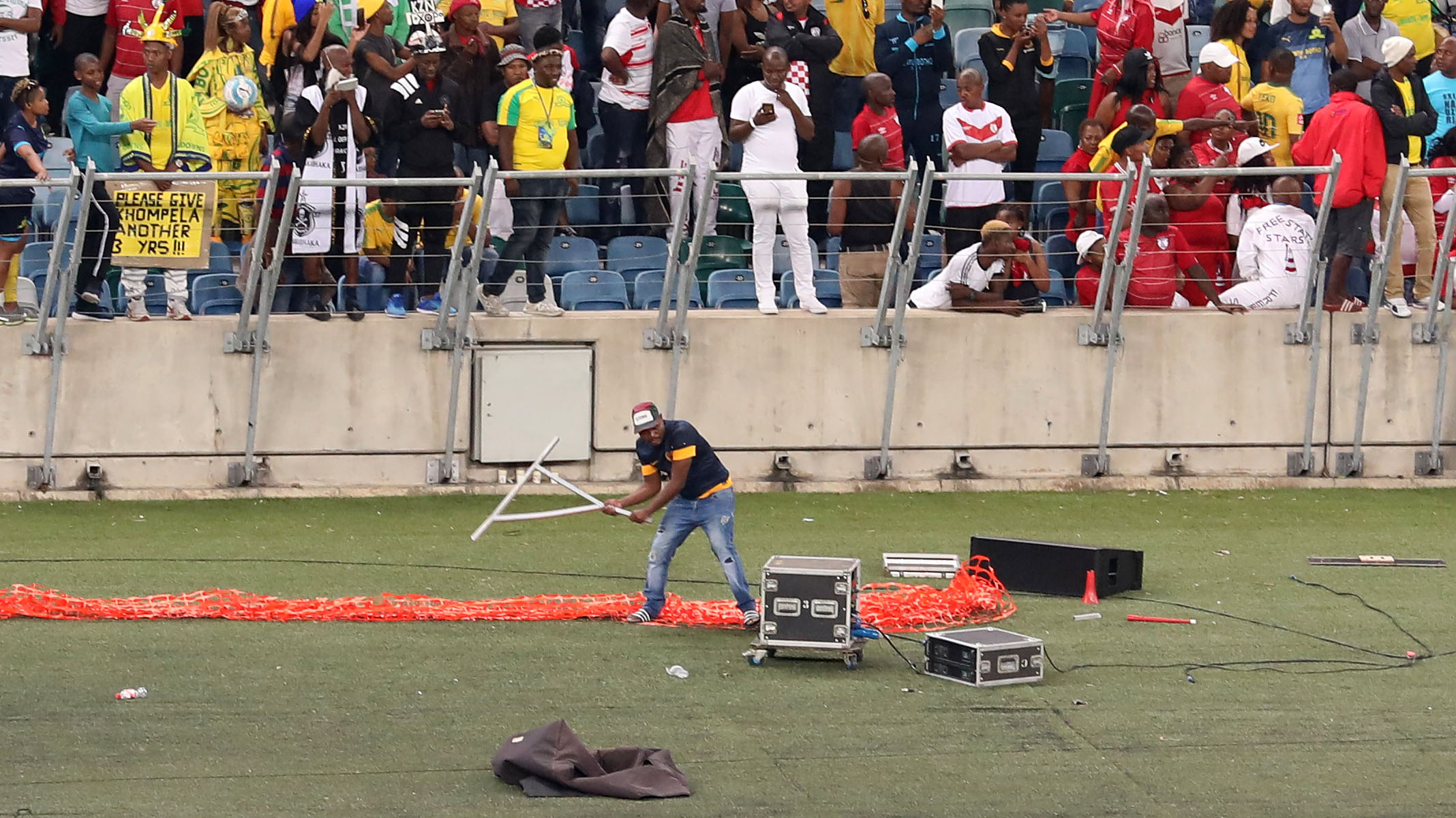 JOHANNESBURG – Watching your favourite football team live from stadium stands, singing in unison with your fellow fanatics and cheering at the top of your voice is supposed to be a time of joy and fun.

Unfortunately, there can be times when things get very out of control, very fast.

Throughout football history, there have been many occasions where fanaticism crosses the line between good fun and life-threatening danger.

eNCA.com takes a look at some of the most violent pitch invasions and stadium disasters the football world has ever seen.

One of Africa&39;s worst documented stadium disasters took place after a game between two of Ghana&39;s most successful and dominant football clubs - Hearts of Oak Sporting Club and Asante Kotoko Sporting Club - on the 9th of May 2001, at the Accra Sports Stadium.

Riots after a match between al Masri and one of Egypt&39;s best-known football clubs Al Ahly resulted in the deaths of up to 74 people‚ with close to 500 injured spectators.

Much of what took place at the Port Said Stadium was sparked by alleged political involvement as Al Ahly fans were said to have been violently attacked by opposing al Masri fans with various weapons, sticks other projectiles.

Up to 18 spectators were killed after a stand collapsed at the Armand Csari Stadium before a French Cup match between SC Bastia and French football giants Olympique Marseille on the 5th of May 1992.

Structural failure was blamed for the tragedy as the high profile French Cup match-up prompted Bastia football authorities to increase the stadium capacity.

Spectators were crushed against stadium barricades after overcrowding in the stands during the 1988–89 FA Cup semi-final between Liverpool and Nottingham Forest on the 15th of April 1989.

With 96 fatalities and 766 injuries, the Hillsborough disaster remains one of the darkest days in British football history.

Described as the country&39;s worst sporting accident, it took place during a match between South African football giants Kaizer Chiefs and Orlando Pirates in 2001.

Overcrowding resulted in a stampede that killed 43 supporters.