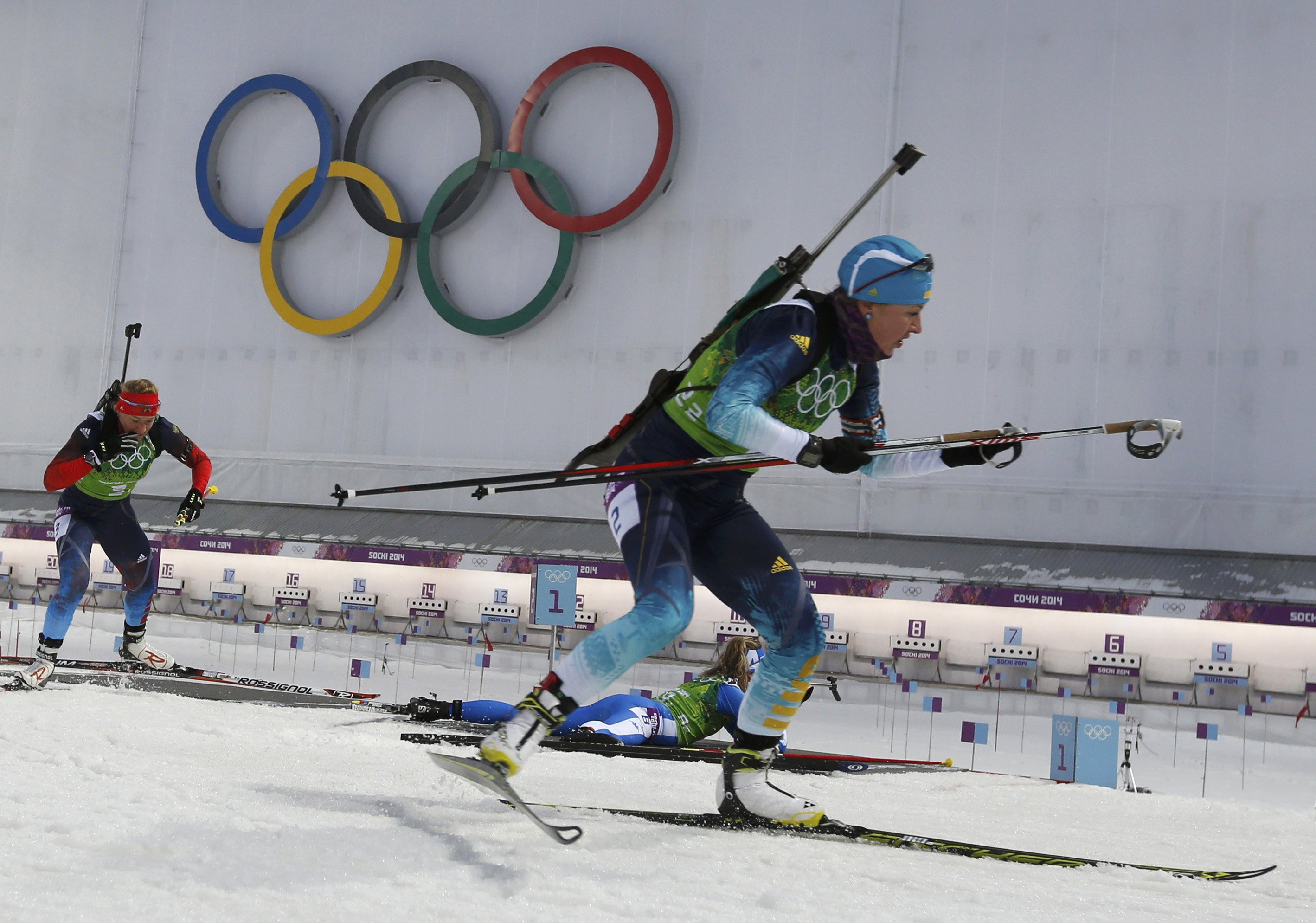 ROSA KHUTOR, Russia - Ukraine on Friday raced to a famous victory in the women&39;s team biathlon relay at the Sochi Olympics, overcoming the trauma of the violence at home to take gold with an inspirational performance.

The president of Ukraine&39;s Olympic Committee, former pole vault great Sergey Bubka, hailed the performance as a triumph that could help unite the country at a hard time and dedicated the victory to the Ukrainian people.

The team led from the start in the 4x6 km relay race, finishing in 1hr 10min 2.5sec, defeating second-place Russia by 26.4 seconds. Norway took the bronze.

Ukraine&39;s anchorwoman Olena Pidhrushna was embraced in delight by her tearful teammates as she crossed the line.

"The girls did everything so that the blue and yellow (Ukrainian flag) would fly in Sochi and the national anthem of Ukraine would resound," Bubka said.

"We are proud of them. We supported from the stands with our ribbons of grief and our flags on which were written, &39;For Peace! For Ukraine!&39;" said Bubka.

"We dedicate this victory to all the Ukrainian people. I believe that in this hard time for the country this medal can unite us and make peace, calm and prosperity reign in Ukraine," he added.

Vita Semerenko, a bronze medal winner earlier in the Games, started the race with fiery determination and her lead was bolstered by the little known Juliya Dzhyma on the second leg.

Valj Semerenko, twin sister of Vita, had a shaky final standing shooting, missing three targets, but Pidhrushna held her nerve to keep Russia&39;s Olga Vilukhina from taking the gold for the hosts.

There had been speculation that Ukraine&39;s team could even leave the Olympics because of the violence at home but Bubka had insisted they should stay to help unify the nation.

"I am of the opinion that our athletes who are representing Ukraine at the Olympic Games are carrying out an important mission of unity at this difficult time," Bubka said Thursday.

Until Friday, Ukraine had endured a relatively poor Games, with just the one bronze medal won by Vita Semerenko in the women&39;s biathlon sprint.

The athletes themselves had not worn black armbands to remember the dead, in line with IOC stipulations that sports events should not be used for any kind of demonstrations.