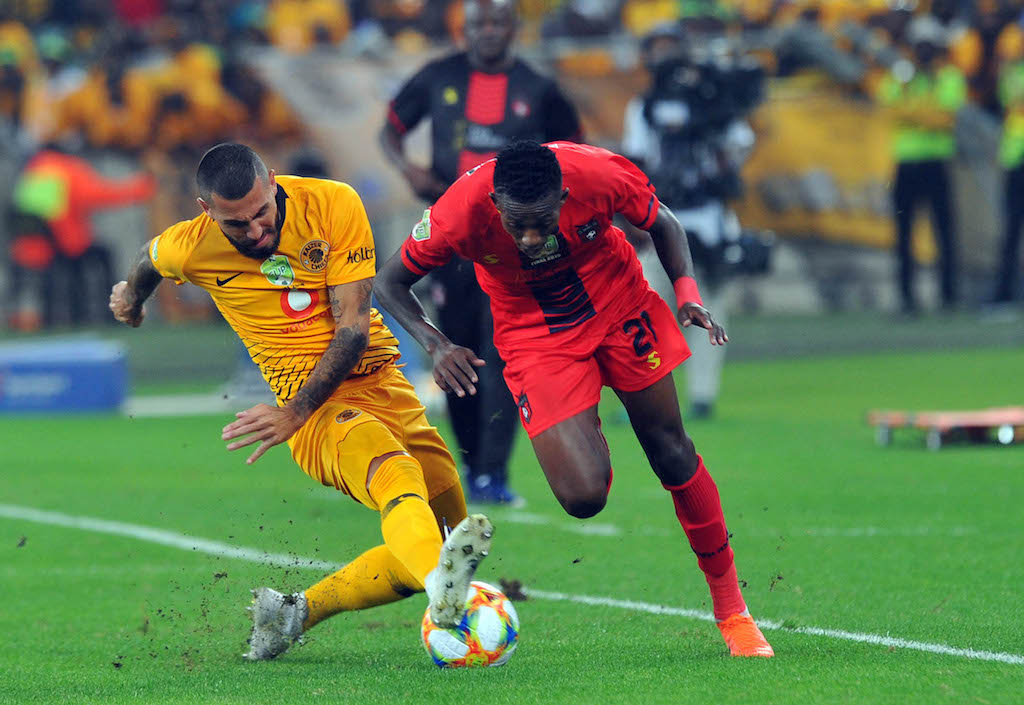 DURBAN - Kaizer Chiefs and TS Galaxy faced off in the Nedbank Cup final at the Moses Mabhida Stadium on Saturday evening.

TS Galaxy went in as underdogs, the fifth lower league side to play in the Nedbank Cup Final.

Amakhosi went into the encounter as favourites to clinch a record 14th title but the Rockets were overawed by the occasion.

They kept Chiefs at bay through half-time and well into the second half.

Eventually, striker Zakhele Lepasa converted a spot-kick from a penalty into the winning goal for Galaxy.

Chiefs were unable to close the gap, leaving the plucky side with a stunning victory.

The winners of the Nedbank Cup walk away with a R7-million cheque and will also represent South Africa in next season's Caf Confederation Cup.