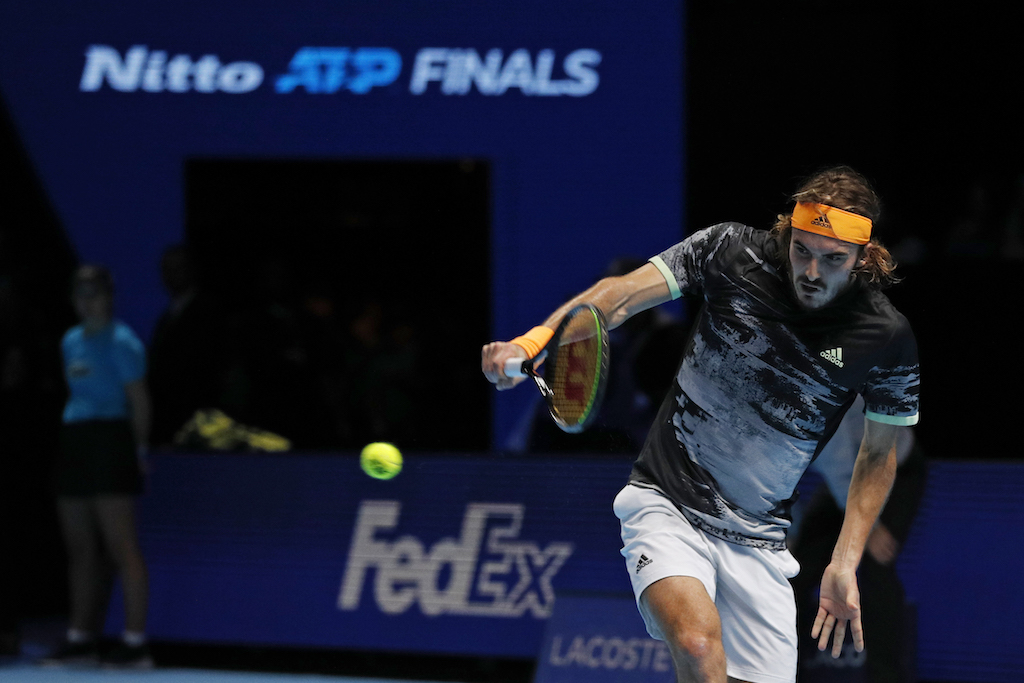 LONDON - Stefanos Tsitsipas revelled in his victory against Daniil Medvedev at the ATP Finals on Monday, admitting their spiky relationship had made his job tougher as Rafael Nadal prepared to make his bow.

The Greek 21-year-old came into the match at London's O2 Arena with a 5-0 losing record against his Russian opponent weighing on him.

But he edged a tight first set, winning the tie-break, and a single break late in the second set proved decisive in a 7-6 (7/5), 6-4 victory.

The two players have had a rocky relationship.

Tensions flared between them in Miami last year and Tsitsipas recently labelled Medvedev's way of winning as "boring" after defeat against the Russian in Shanghai.

Tsitsipas said Medvedev had got "into my head" in Miami -- he said the row had centred on a demand from the Russian for an apology over a net cord.

"I mean, our chemistry definitely isn't the best that you can find on the Tour," said Tsitsipas, who added that Monday's match had been tougher because he was so desperate to win.

"It just happens with people, you can't just like everyone. It's not that I hate him. I guess -- yeah, as he said, we will not go to dinner together, so... I respect him, for sure."