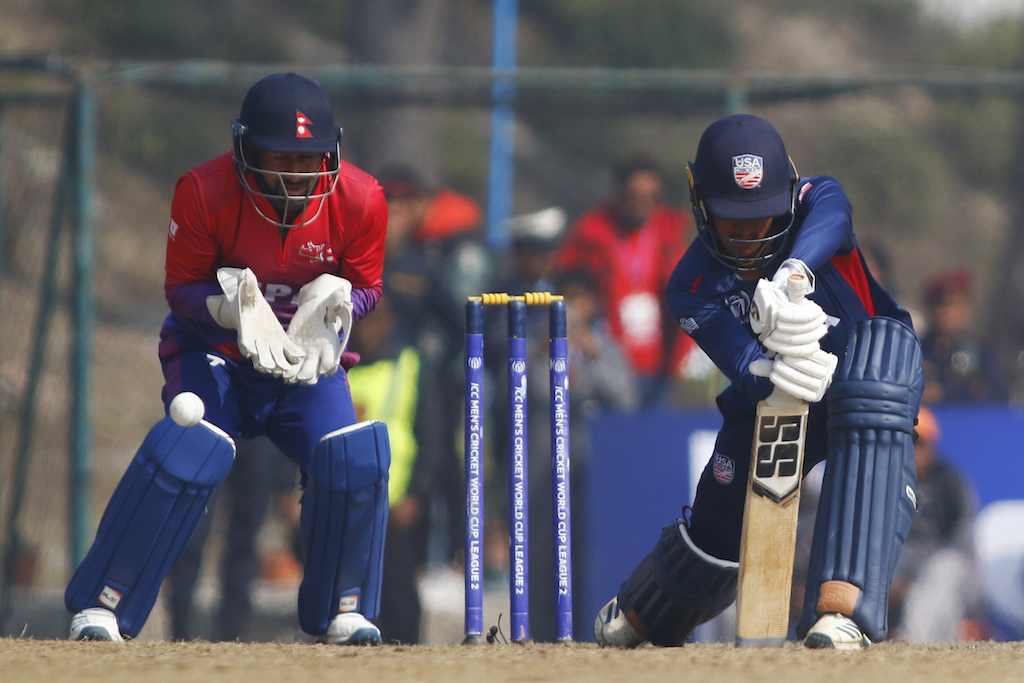 US cricketer Akshay Homraj plays a shot during the one day international (ODI) cricket match of the ICC Cricket World Cup League 2 against Nepal.

KATHMANDU - The United States were bowled out for 35 by Nepal on Wednesday and joined Zimbabwe in making the lowest total in a 50 over international.

Nepal leg spinner Sandeep Lamichhane was wrecker-in-chief, taking six for 16 as the American side were finished off in 12 overs in the World Cup league two match in Kathmandu.

West Indies-born opener Xavier Marshall was the only US batsman to get into double figures, making 16. Spinner Sushan Bhari took the other four wickets for just five runs.

Nepal, playing their first international series on home soil, reached the target in just 5.2 overs after losing both their openers in the second over.

Timil Patel hit a four, a six and a four of straight balls to complete the rout by eight wickets.

Zimbabwe were also bowled out for 35 by Sri Lanka in 2004 at Harare.

The US were awarded ODI status last year after taking part in  a World Cricket League Division Two event in Namibia. Nepal, the United States and Oman are taking part in the series in Kathmandu.