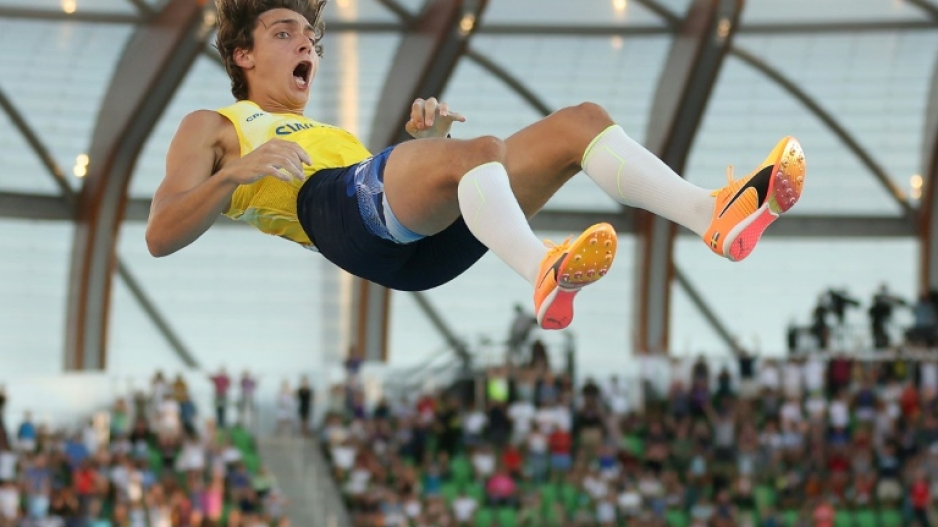 PORTLAND - As a metaphor for a sport with lofty ambitions, Armand Duplantis soaring to a pole vault world record was the perfectly scripted final act that a thrilling World Athletics Championships deserved.

The Swedish star brought the curtain down on the 10-day track and field extravaganza in Eugene on Sunday with a jaw-dropping leap of 6.21m, sailing over the bar with ease to electrify Hayward Field.

Duplantis -- routinely referred to as a "rock star" by World Athletics chief Sebastian Coe -- is part of a golden generation of athletes who lit up the 10-day championships in Oregon.

A slew of other athletes also grabbed the spotlight during the championships, with 400m hurdler Sydney McLaughlin delivering a dazzling world record run and the charismatic Noah Lyles racing to gold in the 200m.

Those kind of compelling performances delighted both Coe and United States Track and Field (USATF), who are desperate to boost the profile of the sport in the country after years where it has languished out of the spotlight.

In pursuit of that goal, more major track and field events in the United States are a certainty.

In 2023, Eugene will host the finale of the Diamond League season -- the first time in history that the meeting has been held outside of Europe.

Others have even wondered whether Los Angeles could be a contender to host the World Championships in 2027, a year ahead of the Olympics in 2028 in the city. 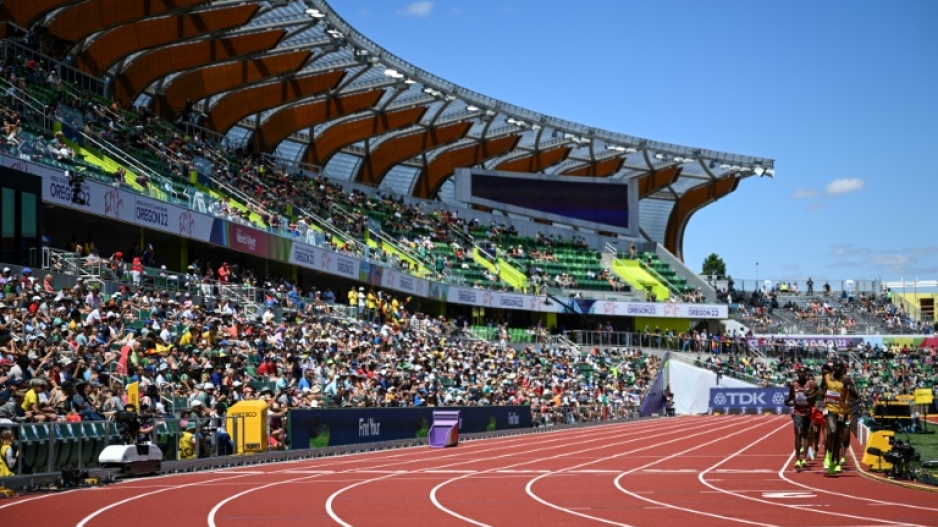 Asked about that possibility on Sunday, USATF chief executive Max Siegel did not rule it out.

"As far as hosting other events we'd love to continue to host events," Siegel told reporters when asked about 2027.

"The more that we can support and give visibility to the sport is great for all of us. The timetable is something that we would have to work through.

"But we look forward to working with World Athletics and hosting more events here."

Siegel says US officials will continue to work with World Athletics to determine how best to exploit those numbers.

"Anecdotally I've had more people who are not traditional track fans reach out to me," Siegel said. "There's a huge awareness because of the World Championships.

"We're working in partnership with World Athletics to get both quantitative and qualitative date as to where the sport sits, with tons of strategies to reposition the sport and the brand and to tell the stories of the athletes. We have a pretty robust plan leading up to LA 2028.

"We're going to capitalize on this event and use it as a catalyst to reposition the sport."

Athletics will also benefit from a schedule over the next six year that will mean the sport is more or less permanently in the global spotlight.

A consequence of the Tokyo Olympics' postponement by a year -- and the knock-on decision to reschedule the Eugene championships to 2022 -- means that the sport will now have a global championship in seven of eight years between 2021 and 2028.

"If you look at the next six or seven years we have athletics absolutely centre stage in northern hemisphere terms in the most broadcastable part of the year," Coe said. "I'm really pleased we’ve got the opportunity to showcase athletics, but I don't minimize the challenges some athletes are going to face."

While the likes of McLaughlin, Lyles and 800m star Athing Mu were the figureheads of a successful US team, the global spread of talent in Eugene was also notable.

The evergreen Shelly-Ann Fraser-Pryce bagged a fifth world 100m crown, while compatriot Shericka Jackson blazed to victory in the 200m in 21.45sec, the second fastest time in history.

On Sunday, Nigeria's Tobi Amusan delivered arguably the most stunning world record of the championships, scorching to 12.12secs before going on to win gold in the women's 100m hurdles.

Those performances encourage Coe to believe that the sport has a range of stars to market itself around in the post-Usain Bolt era.

"We recognize the unique nature of what Usain Bolt brought to our sport," Coe said on Sunday.

"But I' m probably more optimistic about the bandwidth of talent that is coming through... We've got a whole group of young athletes that are there or thereabouts."