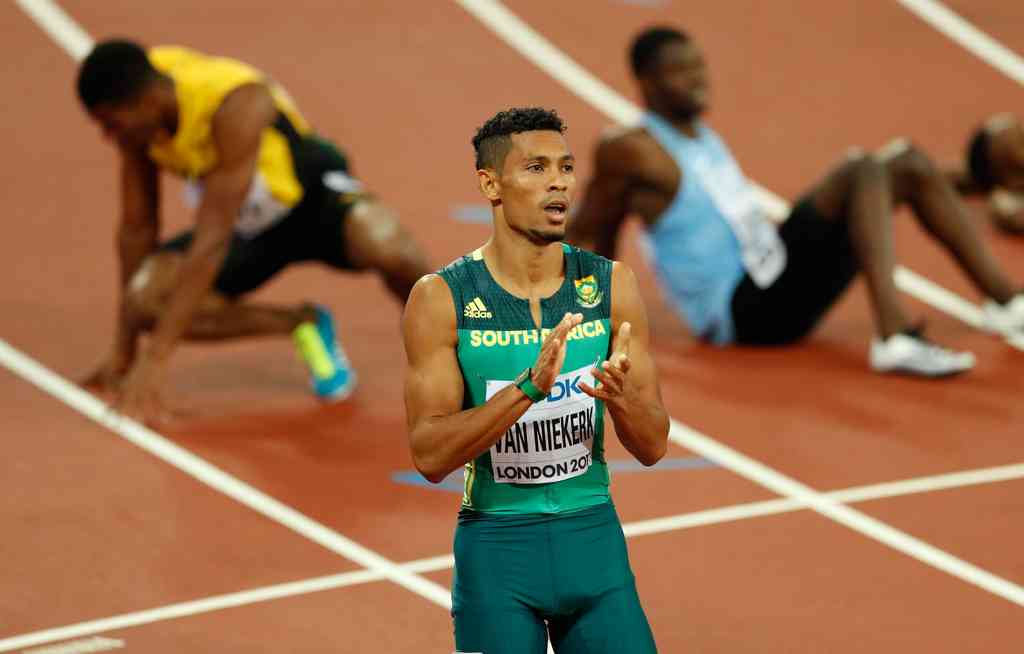 BLOEMFONTEIN - Olympics and world 400-metre record-holder Wayde van Niekerk, who has been slowly recovering from a knee injury, won his first race this year in Bloemfontein on Monday.

The 27-year-old finished first in a 100m race on grass in a hand-timed 10.20 seconds at an unofficial university meet.

Van Niekerk came though the race unscathed in the central city as he eyes the 2020 Tokyo Olympics and a chance to defend his 400m title.

"It is good to be back running and I am satisfied with my time. Thanks again to everyone who has assisted in my recovery," said the South African.

Van Niekerk damaged a knee during October 2017 while playing a celebrity touch rugby match in Cape Town that preceded a Test between South Africa and New Zealand.

His rehabilitation included medical treatment in the United States, Qatar and South Africa, where he is coached by a grandmother, Ans Botha.

The injury prevented him seeking a third consecutive world title in Doha last year after triumphs in Beijing in 2015 and in London two years later.

Speaking in Berlin at the weekend ahead of the Laureus awards ceremony, Johnson said it would be "very difficult" for Van Niekerk to successfully defend his Olympics title.

"An athlete who misses two seasons through an injury usually takes one season to get back into shape," said the four-time Olympics champion.

"Therefore, expectations around Wayde should not be too high as it will be a huge challenge for him to be at his best in Japan.

"It is mentally tough to stage a comeback in an Olympic year, especially when many of your rivals for medals are clocking really fast times.

"That is not to say, however, that Wayde has no chance of emulating his feat of four years ago and winning another 400m gold medal.

"He is a special athlete who may not follow the normal patterns of recovery. I guess we will just have to wait and see how he performs," added Johnson.