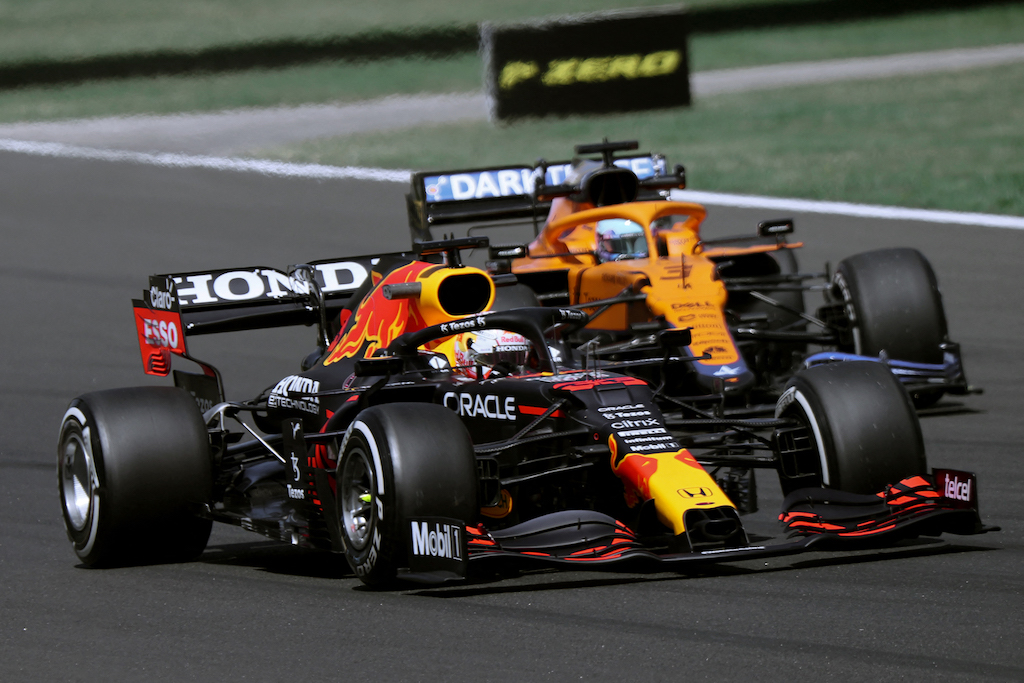 Verstappen, back behind the wheel after his controversial tangle with Hamilton at the British GP which saw the Dutchman careen off the track and out of the race, was again running the Honda engine that took the 51G impact of that crash.

He was fastest out of the gate with hard tyres at the Hungaroring. When the session was briefly red-flagged for Yuki Tsunoda's Turn 4 crash with 18 minutes left, he switched to softs and set the fastest time of 1min 17.555sec, just 0.061s ahead of Bottas.

Hamilton, who is just eight points behind Verstappen in the title race, was a tenth of a second off his teammate Bottas in third, complaining of understeer early in the session.

The rivalry between Red Bull and Mercedes, which was already intense after the Silverstone incident, cranked up a few more notches on Thursday when Red Bull failed to win a review into the 10-second penalty handed to Hamilton for the collision.

Verstappen, who was in hospital when Hamilton went on to take the chequered flag at Silverstone, had also weighed into the argument by describing the Briton's podium celebrations as "disrespectful".

Hamilton denied the charge but admitted he would not hesitate to pull the same manoeuvre again.

Carlos Sainz was fourth quickest for Ferrari with teammate Charles Leclerc in seventh.

Between them was fifth-place AlphaTauri driver Pierre Gasly and Alpine's Fernando Alonso –- celebrating his 40th birthday this weekend.

In the other Red Bull, Sergio Perez finished 0.911s behind Verstappen in eighth ahead of McLaren's Lando Norris, with teammate Daniel Ricciardo 14th overall.