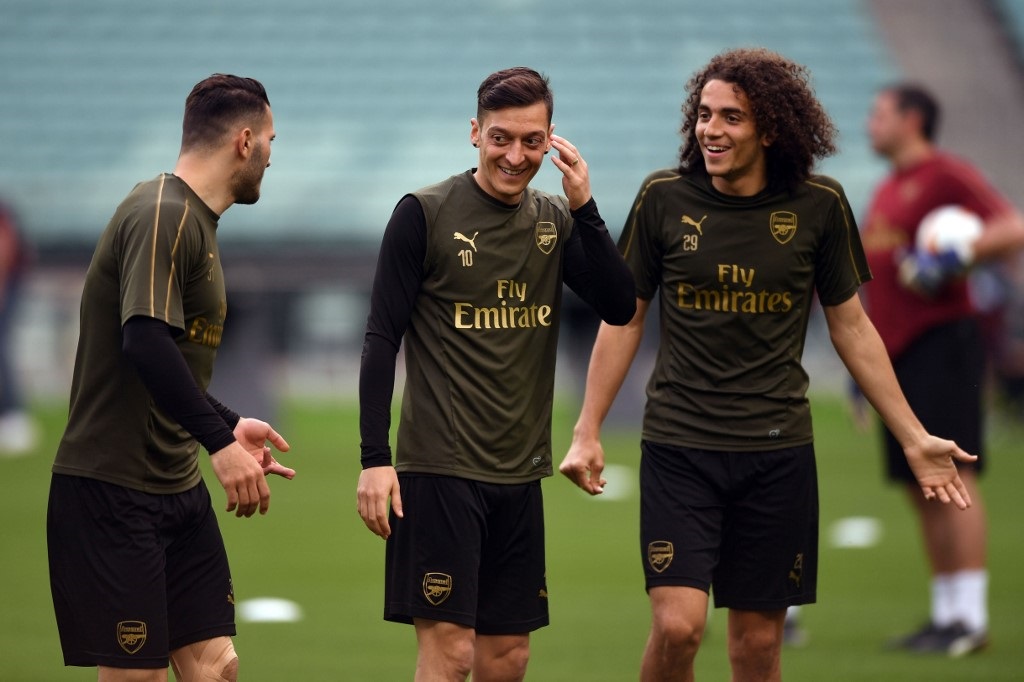 LONDON - Arsenal footballers Sead Kolasinac and Mesut Ozil fought off knife-wielding car-jackers in a terrifying ordeal in north London which was captured on video and circulated on social media.

In the footage, the Premier League club's Bosnian defender Kolasinac is seen leaping from the vehicle to confront the masked aggressors, who had pulled up alongside the car on mopeds in the Golders Green district of the capital early on Thursday evening.

Both attackers appeared to brandish knives at the 26-year-old Kolasinac.

"We have been in contact with both players and they are fine," said a spokesman for Arsenal.

Police confirmed that they had responded to reports of an attempted robbery.

"It was reported that suspects on motorbikes had attempted to rob a man who was driving a car," a spokesman for the Met Police told AFP.

"The driver, along with his passenger, managed to get away unharmed and travelled to a restaurant in Golders Green, where they were spoken to by officers.

"There have been no arrests. Enquiries continue."

Kolasinac and German midfielder Ozil are not the first footballers to be targeted on London's streets.

In 2016, Andy Carroll, a former West Ham player, was threatened at gunpoint on his way home from training.