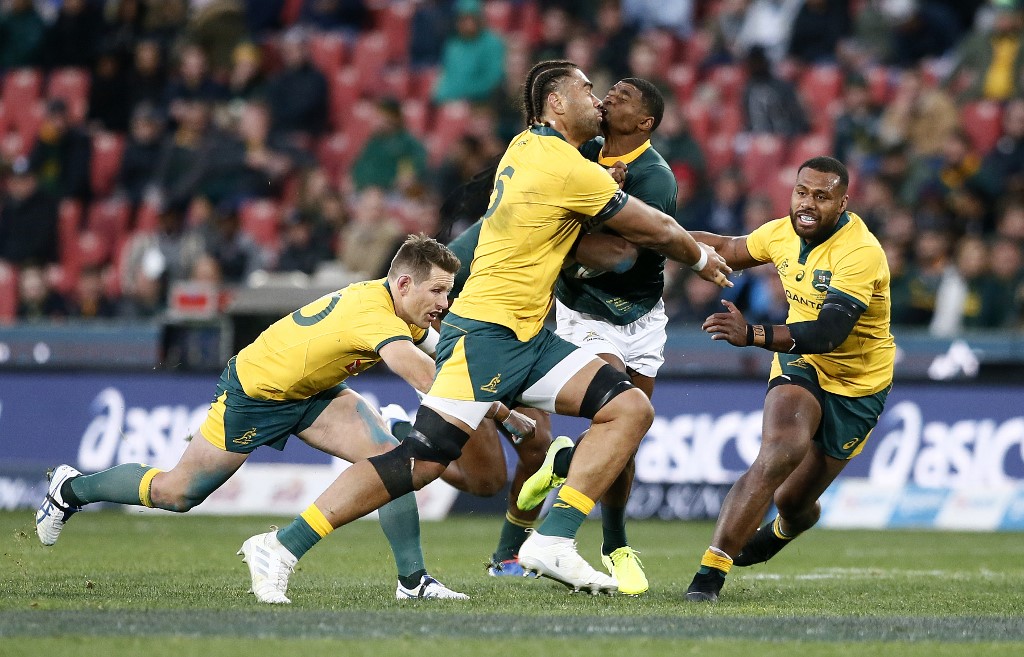 SYDNEY - Lock Lukhan Salakaia-Loto on Tuesday dismissed suggestions the Wallabies were intimidated by the All Blacks' confrontational style, saying they would laugh off such antics in the third Bledisloe Cup Test in Sydney this weekend.

The New Zealand forwards, particularly hooker Dane Coles, displayed plenty of niggle in their 27-7 win in Auckland, leading to suggestions in the Kiwi media that the Wallabies lack "genuine hard men" in the pack.

Salakaia-Loto said he relished off-the-ball clashes but the Australians' priority was producing a win to keep their Bledisloe hopes alive.

"There's not too much feeling," the 24-year-old told reporters.

"Whoever you play around the world you're going to come across packs who try to get under your skin.

"It's good, it's a fun part of the game and something that I think should be encouraged because I get a few laughs and a few smiles out of it."

READ: All Blacks, Wallabies relaunch Test rugby with a thriller

Salakaia-Loto said Coles gave him a cheeky pat on the back after an All Blacks try at Eden Park but the pair still enjoyed a beer together after the match.

"I just remember Dane Coles running about 50 metres after they scored to pat me on the back," he said.

"I found that was pretty funny I'm sure he'll have a few lines up his sleeve this week."

Prop Allan Alaalatoa said the Wallabies were looking forward to having home advantage for the final two Bledisloe Tests after a draw and a loss in the opening two matches in New Zealand.

"Playing at home is definitely going to give us a huge lift," he said.

"You get the opportunity to play in front of 40,000, in front of our family and friends, and a Test match hasn't been played here in a while.

"The vibe here is very exciting and that's going to be huge for us in the next two games."

The Bledisloe Test in Sydney will also double as the opening match of the Tri Nations tournament, featuring Australia, New Zealand and Argentina.