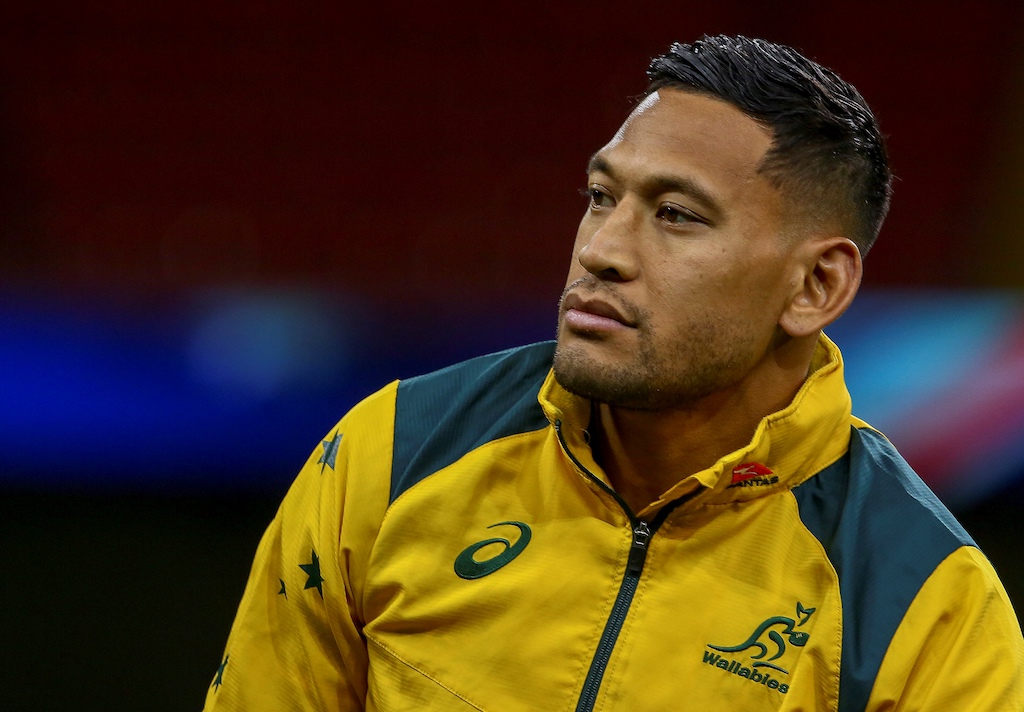 File: Israel Folau has stood by his comments and said he was prepared to choose his faith over rugby.

SYDNEY - Israel Folau was given 48 hours to respond to a code of conduct breach notice on Monday as Rugby Australia moved to sack the star Wallabies fullback over anti-gay comments.

He was embroiled in a similar row last year, but has stood by his comments and said he was prepared to choose his faith over rugby.

Rugby Australia chief Raelene Castle said Folau had been repeatedly warned about his social media use but ignored the overtures and refused to apologise at a meeting on Friday.

As such, his actions were considered "a high-level breach" of the Professional Players' Code of Conduct which she said warranted termination of his contract.

After being handed the breach notice, Folau has 48 hours to either accept the sanction or have the matter referred to a hearing. He has indicated he plans to fight to save his career.

"Following the events of last year, Israel was warned formally and repeatedly about the expectations of him as player for the Wallabies and NSW Waratahs with regards to social media use and he has failed to meet those obligations.

"It was made clear to him that any social media posts or commentary that is in any way disrespectful to people because of their sexuality will result in disciplinary action."

If Folau opts for a code of conduct hearing, an independent three-person tribunal would hear the case and determine whether he has made a breach and, if so, what punishment is appropriate.