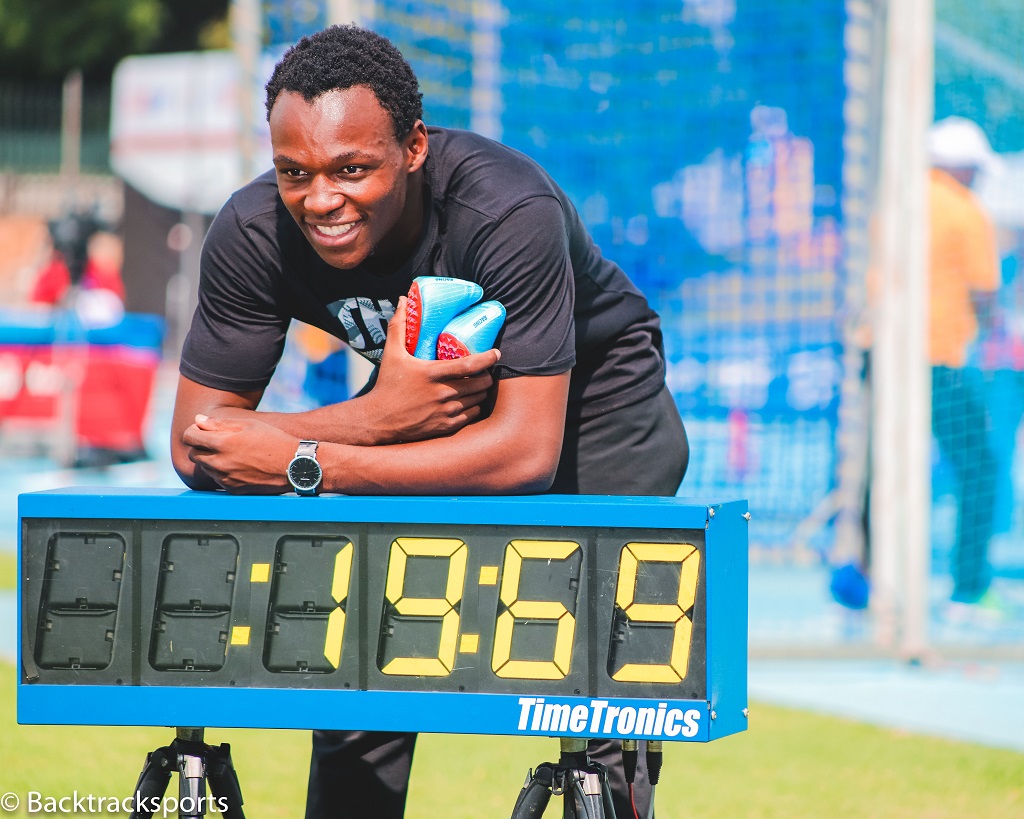 PRETORIA - Clarence Munyai said it was a "massive achievement" after scorching around the track to shatter the national 200m men&39;s record on Day 2 of the ASA Senior Championships at Tuks in Pretoria on Friday night.

Munyai dipped on the line, stopping the clock at 19.69sec to take 0.15 off the SA record set by compatriot Wayde van Niekerk in Kingston, Jamaica in June last year.

He narrowly missed the African record of 19.68 held by Frank Fredericks of Namibia.

South African sprinter Akani Simbine praised Munyai’s blitzkrieg performance, saying that it is not just good for South African athletics, but for the international athletics as well.

“It has been awhile since we saw such a fast performance in the 200m. It was impressive to watch. I got a lot of respect for the ‘kid’. He has come out here and showed he is prepared to step up to the top league.

"I hope he keeps healthy and keeps on getting faster,” said the Tuks sprinter who, due to a slight hamstring niggle, was forced into the role of spectator at the Championships.

As a seasoned campaigner Simbine had some valuable advice to the Tuks youngster.

“It is important that he keeps his head down and go back in training to ensure that he keeps on delivering world-class performances. No athlete can afford to get stuck after one good performance.

"The challenge should always be to trying to be better and faster than the last race we ran.”

Exciting is possible the best way to summarise the South African sprint revolution. Over the last few years just when it is thought that it can’t get any better, a sprinter has stepped up to the plate and delivered another world-class performance.

Van Niekerk in the 400m and Munayi in the 200m are currently both ranked in the top ten on the IAAF all-time list.

“We are past the stage where we are trying to figure out what the Americans, Jamaicans or for that matter a sprinter of any other country is doing, forgetting that they are also at the end of the day just human like us.

“We currently believe in our abilities knowing we can achieve what any other sprinter in the world is capable of doing and be better than they are,” said the Tuks sprinter.

The fact that Simbine was full of praise for Munyai’s world-class performance does not mean there is not going to be a rivalry between them.

“Clarence should know this I will be ‘gunning’ for him in the 200m the next time we race, and I expect no less from him when he competes in the 100m. I would have it no other way as I relish a good challenge. It is good for athletics.”

Meanwhile, former champion Simon Magakwe, clocked 10.07 to win a wide-open men&39;s race and Carina Horn - who set a record of 11.03 the day before, produced another fine performance to take the women&39;s final in 11.08.

Earlier, in the 800m women&39;s heats, world champion Caster Semenya slammed it down from the start and cruised home in 1:58.68, progressing as the favourite for Saturday&39;s final.

"You never know what&39;s going to happen, so I couldn&39;t wait for the final. I decided to use this opportunity to run fast," Semenya said. "Now I&39;m confident for the final and I know what I can do."

“We witnessed a remarkable performance today from a determined young man who has made history for himself and for South Africa,” Aleck Skhosana, president of Athletics South Africa. “This is now the second-fastest time in Africa.

“As we look forward to another great day of performance on Day 3, this young man is inspiring other athletes that everything is possible."