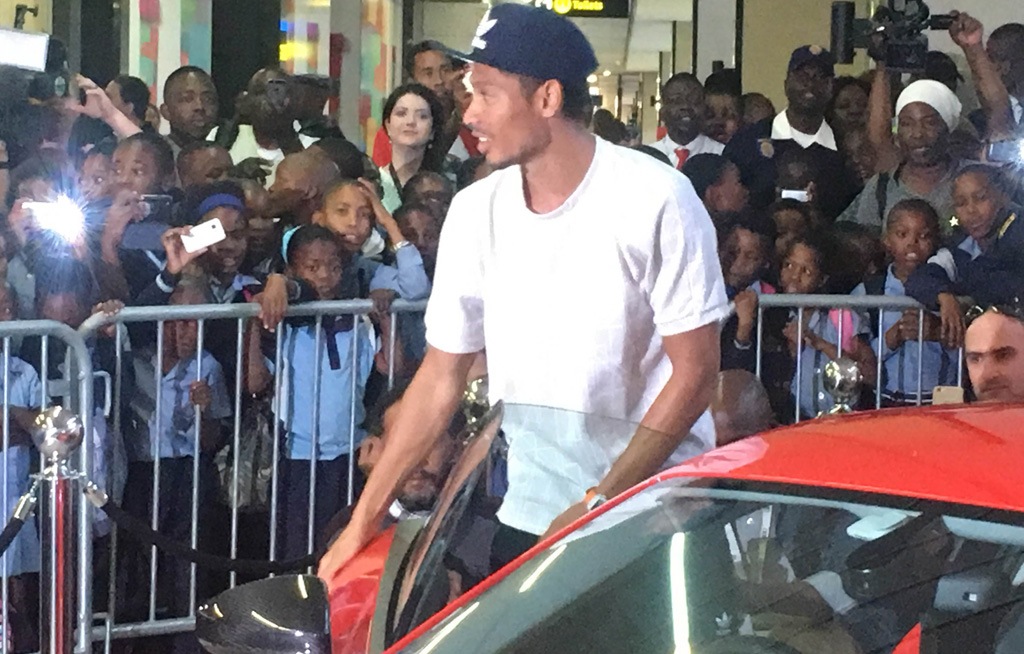 Olympic gold medalist, Wayde Van Niekerk returned to a hero's welcome at Johannesburg International Airport and stated his motivation is the youth of South Africa.

The R8 is just one of the rewards Van Niekerk was gifted by sponsors but he says his inspiration is drawn from influencing youth in South Africa.

The sprinter said, "Something that I really feed off of is the young kids and the motivation I can give them. I started off here as well looking up to sports star. Everyone has been blessed with talent and with opportunity; they have to take it."

Former Olympic sprinter Geraldine Pillay is now a schools athletics coach and she brought a group of learners to greet Van Niekerk on his homecoming.

Pillay said, "He won the world champions last year; the Olympics games this year as well as the world record and here is a car waiting for him. I hope that this has set a precedent for other athletes to see that it is possible for a South African athlete from Bloemfontein to become a world star."

Van Niekerk has proven that he is capable of running world-class times in the 100m, 200m as well as the 400m events.

His mother, Odessa Swartz hopes he will achieve success in all three events next year.

She said, "I remember last year after the world champs when he got home; he came and sat in our room. He told my husband, "When I win gold at the Olympics can I please do 100 and 200 again" and my husband said "Well we will see about that". At the end of the day it&39;s still something he and Tanie Ans have to decide about I really think that’s where his heart lies - in the 100[m] and 200[m]."