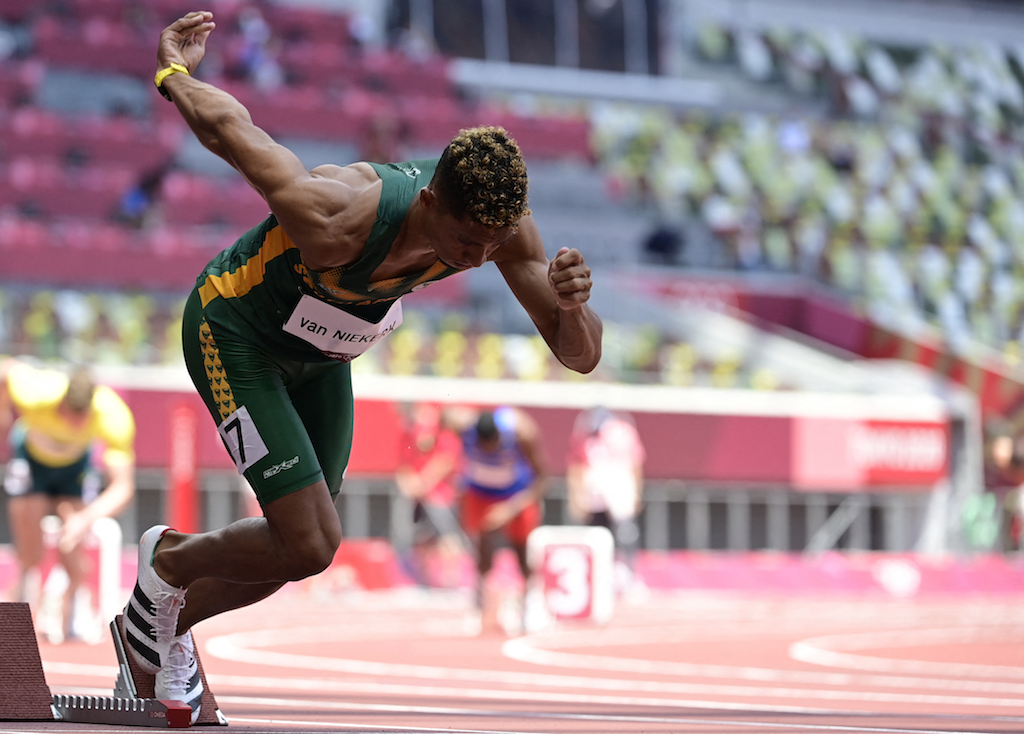 TOKYO - Wayde van Niekerk's reign as Olympic 400m champion came to a disappointing end on Monday as the South African world record holder was eliminated in the semi-finals at the Tokyo Games.

Van Niekerk, who produced one of the highlights of the 2016 Rio Olympics with an electrifying world record run of 43.03sec in the final, was dumped out of contention after a fifth-place finish in his semi-final.

The 29-year-old from Cape Town, who has struggled to regain full fitness after injuring his knee during a celebrity rugby game in 2017, could only manage a time of 45.14sec.

That left him only 12th fastest overall and out of the running for a place in Wednesday's final.

James looked superb en route to victory in his semi-final with a time of 43.88sec.

Reigning world champion Steven Gardiner, unbeaten in the 400m since the 2017 world championships, won his heat in 44.14sec, with United States medal hope Michael Norman just behind in 44.52sec.