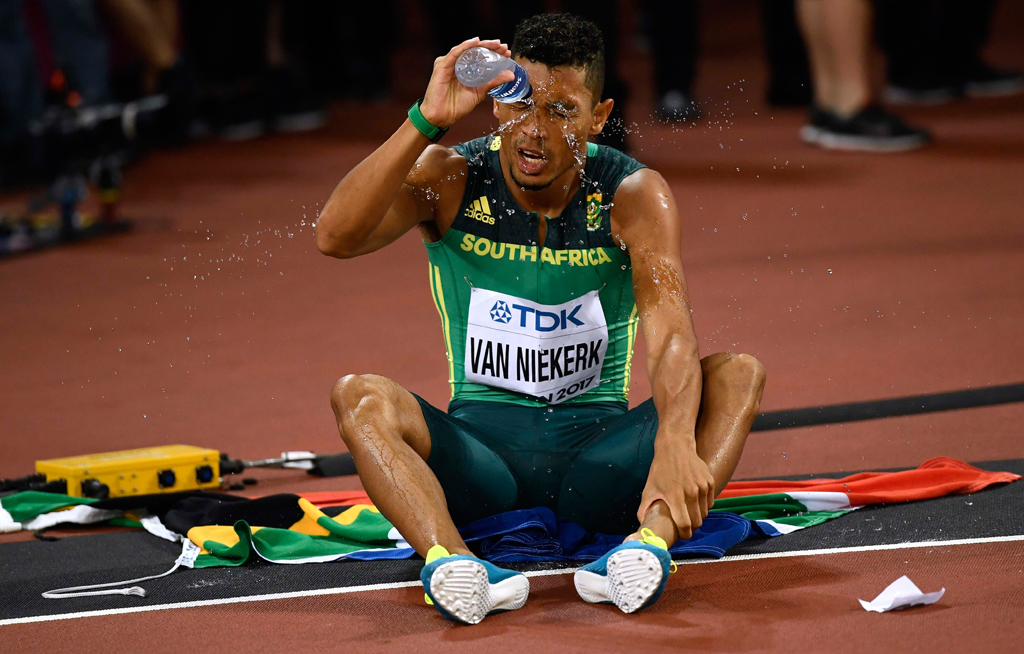 Wayde van Niekerk has thrown his weight behind Caster Semenya in her fight with the IAAF.

JOHANNESBURG - Wayde van Niekerk has backed fellow Olympic gold medallist Caster Semenya in her battle with the IAAF over female eligibility rules, saying on Friday that "it goes beyond track and field".

The Olympic 400-metre champion told reporters on the sidelines of the South African championships near Johannesburg that Semenya "is fighting for something" far greater.

"I support the hard work and talent she has put into the sport," said Van Niekerk, who withdrew from the meet, fearing cold, wet conditions could threaten his recovery from a knee injury.

"With what she believes in and what she is dreaming of, I have got a lot of respect for her. I hope and pray that everything just goes from strength to strength for her."

Semenya, who has refused to discuss the battle with the world governing body, will learn her fate next week after legally challenging proposed changes to the International Association of Athletics Federations (IAAF) female eligibility rules.

The global body wants female athletes with "differences of sexual development" (DSD) to keep testosterone levels below a prescribed level for races between 400m and one mile.

The Switzerland-based Court of Arbitration for Sport (CAS) has said it will deliver judgment in the case by the end of April.

Should the IAAF win, Olympic 800m champion Semenya would be barred from competing in the distance where she excels.

Semenya has skipped the 800m event at the South African championships in what a source close to her said, "might be a silent protest against the IAAF".

Instead, she comfortably won two longer-distance national titles - the 1,500m Friday and the 5,000m the previous day.

Her 1,500m triumph was emphatic, crossing the line nearly 100m ahead of nearest rival Carmie Prinsloo in a time of four minutes 13.59 seconds.

Semenya did not follow the tradition of champions and speak to reporters afterwards, preferring to remain silent about the IAAF case, greet supporters and leave the stadium.