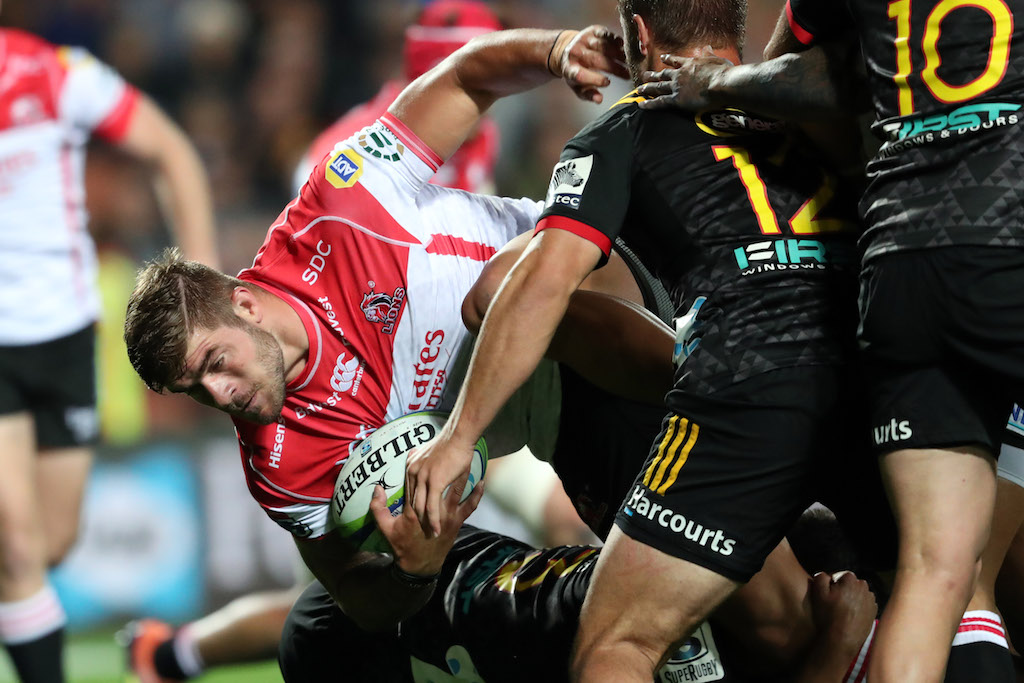 WELLINGTON - Captain Warren Whiteley underlined his influence and importance to the Lions as he returned from a long-term injury to lead his side to a 23-17 victory over a fast-finishing Waikato Chiefs in Hamilton on Friday.

Whiteley had missed the last six games due to a muscle tear in his chest and the Lions have not looked like the same side that have made the last three Super Rugby finals.

Carlu Sadie and winger Aphiwe Dyantyi scored tries for the Lions, who managed to snuff out any late comeback when Elton Jantjies slotted a 79th-minute drop goal.

Winger Sean Wainui, prop Nepo Laulala and replacement Tumua Manu scored tries in the final 20 minutes for the Chiefs, who only came alive in the final quarter after a 30-metre burst by scrumhalf Neil Weber had set up Wainui's try.

Virtually all of the Lions' first half points had been due to the influence of tighthead prop Sadie, who constantly had his opposite Angus Ta'avao under pressure.

Ta'avao, who normally plays tighthead, has been forced to the loosehead side of the scrum due to an injury crisis in the position at the Chiefs and also had trouble against the Auckland Blues last week as well.

Sadie was able to earn two scrum penalties that Jantjies converted to give his side a 6-0 lead before a third set up an attacking lineout and series of drives that ultimately ended with the prop crashing over for a 36th-minute try.

Dyantyi then pushed the score out on the stroke of halftime after a deft kick behind the defensive line by number eight Whiteley gave the visitors a deserved 20-0 lead at the break.

The Lions continued to dominate for the third quarter of the game but could not add to their score and Weber then sparked a Chiefs fightback when he darted down the blindside and turned the Lions defence around to set up their first try to Wainui.

That attack sparked the Chiefs with Laulala smashing over to give the home side their second try within three minutes and hopes of a fightback.

Tumua continued those hopes when he scored his side's third try with four minutes remaining after another sweeping movement, but a Chiefs turnover gave the ball back to the Lions and set up Jantjies' dropgoal.

The Lions hold off a fast-finishing Chiefs to score a crucial 23-17 win on the road in Hamilton. #SuperRugby #CHIvLIO